Everyone agrees that the I-195 land is one of the City’s, and the State’s, greatest opportunities for growth and economic stimulation. Are we up for the task?

“Providence is so beautiful,” my sister-in-law Irene gushed as we sat down to lunch overlooking Waterplace Park at Jacky’s, one of Providence’s newest hotspots.

Like Irene, other newcomers to the city are usually entirely unaware of the city center’s horridly dull “before” landscape. As Irene and I walked along the riverfront  back to my car, I told her about the Capital Center Commission’s efforts 30 years ago to rebuild the city’s core. Their ambitious undertaking included unearthing the river that 150 years ago served as Providence’s hub.

In the late 1800’s the river’s peak at Salt Pond Cove, or “the Cove,” was a busy port for merchant trading and transportation. For those of you struggling to visualize the city as it was, picture tall ships docked where Smith Street is today. The industrial age, for better or worse, transformed our city. The rise of railroads and manufacturing gave Providence the means to accessibility and profitability that had been previously reserved for open ocean ports like Newport.   In an attempt to keep my historical meanderings to a minimum, the city’s growth spurt and poor planning resulted in the Cove’s deterioration into a congealing mass of “silt.” (Again, for readers with a penchant for detail, picture a squalid waterfront dyed magenta from clothing manufacturer waste, that boasted a combined mass of direct slaughter house disposal and human excrement. And to think that we get squeamish over the thought of our ancestors neglecting to wear deodorant).

The solution to the city’s loss of its former Promenade was decided by further imprudence and poor planning. The decision makers resolved to fill in the entire Cove and deck over it. Once the decision was made however, the parties involved wasted years bickering to determine who should be responsible for paying for the fill (the railroad company eventually did). It should be noted that the City ironically commenced the construction of its’ municipal sewage system only a year after the filling. (And yes, the sewer system would probably have saved the Cove).

So here we are again, generations later, facing another important city transformation opportunity. We have inherited countless foolhardy decisions and hasty executions to guide us as we determine the best new uses for the former I-195 land. But before we groan over our apprehensive contemplations of what crazy idea our dear State and City officials will come up with next, we can look to our one saving grace.

Thirty years ago the Capital Center Commission worked together to recreate our downtown into the renowned destination that it is today. Attend one Waterfire event if you need to affirm that they got it right. A few weeks ago, in partial celebration of the Capital Center Commission’s achievements, the Providence Preservation Society put on a three-day symposium entitled “Make no Little Plans: A Symposium on Visions for Providence.”  The Symposium also served as a opportunity for the cities best and brightest to share their aspirations for the I-195 land redevelopment.

Symposium attendees also had the honor of meeting the now confirmed newly elected I-195 Redevelopment Commission.  Lincoln Chafee (Who chose the nominees with recommendations made by Angel Taveras and House Speaker Gordon Fox), nailed it with the commission selection. The seven-member Commission is headed by Colin Kane, principal of Peregrine Group, as chairman; Barrett Bready, president and CEO of NABsys Inc.; Barbara Hunger, a registered nurse with Women and Infants Hospital; Diana Johnson, renowned art consultant; John Kelly, president and CEO of Meeting Street School; Mark Ryan, principal of Moses and Afonso; and Michael Van Leesten, CEO of nonprofit OIC of Rhode Island. All upstanding contributors to our community, my first reaction to the Commission member selections was “dream team.”

Everyone agrees that the I-195 land is one of the City’s, and the State’s, greatest opportunities for growth and economic stimulation. Are we up for the task? After attending the Symposium I wholeheartedly say that yes we are. What I have witnessed so far is collaboration over mutual aspirations, and substantial aforethought and prudency paired with imagination and boldness. I am confident that the Commission’s leadership, like that of the Capital Center’s Commission,  will result in a better City for the next generations. If you are skeptical about the promise of what we Rhode Islanders are capable of creating, think about this: The catalyst for the entire Capital Center redevelopment was a single wine-stained sketch on a napkin, ideas scribbled by a few young friends over cocktails. So before you criticize or succumb to your usual  jibes about our shortcomings, go get that forgotten napkin, post-it, or candy wrapper out of your trash basket, and get involved. If you can see opportunity in a 41-acre dirt pile, you can contribute to its fruition.

For more information on the Symposium and the new Commission, visit: 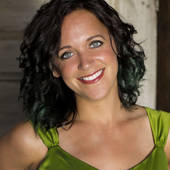