Dave Cummings of Hoops for Heroes was in Waterville Valley, New Hampshire for the annual Fall Foliage Festival.  You may have read in my blog that Dave has been on an amazing two year mission to shoot one million free throws and raise funds and awareness for the Intrepid Fallen Heroes Fund.

He's nearing the end of his journey and the one millionth shot will be made at the Naismith Memorial Basketball Hall of Fame in Springfield, MA on Veterans Day (November 11) beginning at 9 a.m.  Hall of Fame President John Doleva (pictured at left below, with Dave in the middle) has pledged that half of all the day's Hall of Fame proceeds will go to the Intrepid Fallen Heroes Fund. I wanted to share one of Dave's recent blogs in which he talks about Waterville Valley and one of his inspirations as he's shooting for a million baskets. From left, that’s Betty Martin, Tiffany Bean, ‘lil Jack Kay, Chris Hodges (who I just noticed appears ready to stomp on my head), Sarah Kay and daredevil Drew Hodges. We’re on the playground out behind the Waterville Valley Recreation Department. On the other side of the  building stands a flagpole with the Stars & Stripes, along with a memorial flag to Army Specialist Marc Decoteau, who was killed in action on Jan. 29, 2010 — about two and a half months after we began.

The Decoteau family continues to be a great source of inspiration.

Our love for Waterville Valley runs deep, and last week it got even deeper, as recreation director Rachel Gasowski had recently decided to make Hoops For Heroes the beneficiary of the annual Fall Foliage Foot Race.

She had asked a month back if I would be interested in coming up for the event, and gave me the option of participating in the 5k race, as I had done a year ago.

“Don’t feel like you have to,” she said, sounding an awful lot like she had seen me do my impersonation of a runner on that very same course in 2010 (not pretty).

But because I am still 24, not the 44 that my birth certificate would lead you to believe, I told Rachel that of course I would run.

Long story short: That was an ego-driven mistake.

The shooting was first, and the indefatigable and ever-supportive Hodgeseses — along with Chris’s mom Betty Martin, his sister Sarah Kay, and his nephew Jack Kay — showed up to take care of that business, assisting on 1,500 made shots (for a total of 968,507 down) before we got to watch little Jack belt a whiffle ball all over the gym. Drew pitched. I was the fielder. My hands still hurt.

Then it was race time, and without going into all the gory details … let’s just say I wasn’t a threat to win. Chris, who has done everything for HFH other than make the shots (and only because that’s against the rules), was a wonderful host. You may remember that it was just a month earlier that he had broken the north-to-south New Hampshire cycling record (230 miles in 12 hours, 38 minutes), so he’s actually an athlete. Even so, he was kind enough to hang back with me in a pretty casual jog.

The run itself was uneventful other that the brief moment of panic when I heard a “CLINK” a little after the 1 mile mark, then felt my chest and realized the Marc Decoteau memorial dog tag I’ve been wearing for about 20 months was missing.

I stopped and went back about 20 yards to look. Naturally, so did Chris. Probably 30 seconds later, there was Marc. Phew.

Chris stayed by my side throughout, and clearly could have gone way out in front. Then came the finish line, and 10 feet before he was set to cross in front of me, he stopped, and pushed me ahead. I had considered earlier that he might do this, and I had debated whether I would stand there and debate it with him, or just go.

We finished about 25 minutes after we’d begun, which was probably a couple minutes slower than Chris should have finished, were he not waiting for the old guy.

Of course, it was a great day all-around, as it always is up there. The check to HFH was for $725 (Thanks again, Rachel!), the weather was absolutely perfect, and I even won a bag of Mad River coffee grounds in the raffle … which kind of makes up for the $10 parking ticket we’d gotten a couple weeks earlier at the State House. Sure, I was barely able to get out of bed for the next three mornings (pathetically, that’s not an exaggeration), but hey … that’s the price of being 24 years old in a 44-year-old body.

For more on Hoops For Heroes, with a goal of 1 million made foul shots and $1 million raised for the Intrepid Fallen Heroes Fund, visit www.hoopsforheroes.com or contact Dave Cummings at 603-554-7855. 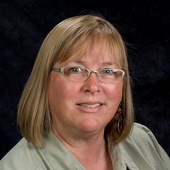