We are having an interesting discussion currently in North Idaho that has a direct impact on local real estate and how we go about selling and listing land in a specific area.  Just south of Coeur d'Alene is where the Coeur d'Alene tribe and reservation are located.  This is encompassess approximately 345,000 acres of some of the most beautiful and fertile land in the area.  Producing wheat, barley, peas and Kentucky Blue Grass as well a forest land full of wildlife.

According to he Coeur d'Alene tribe as well as a number of other tribes in our area, the tribes maintain jurisdictional and sovereign authority over their lands, upheld in decisions by the Idaho Supreme Court and the United States Supreme Court. Tribes have the power to establish their own form of government, not necessarily patterned after the federal government. Tribal governments, because they are constitutionally sovereign, are not subject to the requirements of separation of powers or even the establishment of religion, although these principles are almost universal in tribal constitutions. The Indian Reorganization Act points out that tribal Sovereignty is inherent and therefore even farther reaching that the Act itself.

The tribe is taking the stance that it is their sovereign right to live, hunt, and govern the reservation land, privately owned or tribal owned.  Private non tribal land owners are taking the stance that the land they have bought and paid for on the reservation is private and that tribal members do not have the right to come on to their property without permission to hunt. There have been a number of complaints over the last couple of years of tribal members crossing on to private land to hunt without permission from the land owner.

No matter your stance as and individual in this discussion..As real estate agents working with customers looking to sell and/or buy properties on the reservation, what is our responsiblility in disclosing this to potential buyers and how does this truly apply to private land owners that are not tribal members?  A modern day clash of old and I am no expert in the politics of this discussion.  However, this issue is currently being debated by the Benewah county prosecutor,  seeking help from the U S government to help sort out this controversy.  I for one have always recommended to private buyers when looking on reservation land that they complete their own due dillegence having a full understanding of the benefits as well as potential issues.

In the meantime the debate continues! 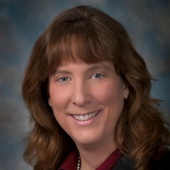