I’ve had some riveting dialog with a client that asked me to build a list of homeowners that are strategically defaulting on their mortgage payment. I knew this was a topic that had to be explored in a blog post.

Early on in our conversation, he cited Brent T. White, a University of Arizona law professor, who views walking away from an underwater home a purely rational business decision. Morality and emotions have no place in one’s decision to “strategically” default on a mortgage, says Professor White, the author of a paper entitled “Underwater and Not Walking Away: Shame, Fear and the Social Management of the Housing Crisis.”

There is an interesting TIME MONEY blog that is entitled with a provocative question: “Strategic Mortgage Default: The Irresponsible, Amoral, But Best Strategy?” > Read the entire blog here.

Our client says that if you do the simple math, it is better for homeowners to rent and re-enter the home market when prices are more favorable. If a house was mortgaged for 100K and it is now worth 50K, he says, the price has to double, something he doesn’t foresee happing in the course of a lifetime.

Our client wanted to target homeowners in San Diego County that were current on all their debts except their mortgage. We put together some filters to build this list. In addition to selecting his targeted area and selecting homeowners 60 days past due on their mortgage payment, we also zeroed in on defaulting homeowners that had an estimated income of over $100,000, and to further predict a healthy bill of financial health, selected homeowners that were current on bank card debt. He wanted only those homeowners with negative equity, so we selected borrowers with an LTV of 100+.

I certainly am not speaking in favor of a strategic default, but it’s an undeniable force in the real estate market. There are a staggering amount of homeowners that are walking away from their home, no matter what one’s moral views are on the subject. Nationally, an estimated 19 percent of delinquent mortgages involve a homeowner who could afford to pay but is opting to walk away.

Since this dynamic is becoming a larger portion of the distressed home inventory, should real estate professionals approach these strategically defaulting homeowners to advise them on solutions?

I knew this would be a polarizing issue. In one forum, one reader says,

Professor White probably has the same opinion about marriages that aren’t working. What’s become of our society?

Doesn’t a commitment mean anything anymore?  The rationale about losing money is just that – and bad rational to boot!

What would be the difference if the mortgage company felt that they could make more off of your home by taking it away from you and reselling it to someone else?

After all, it’s just a business deal.

Yet another reader checks in to say emphatically that agents should get their message out to these homeowners headed for strategic default:

Of course we should. Homeowners are walking because they don’t understand they have options. The best one (in most cases) is a strategic short sale. These homewoners mistakenly think they must have a hardship to do a short sale. That’s just not true any more.

In my market a homeowner that bought in 2005 and placed 20% down could now owe more than 4 times what their property is worth!! This is a fact. To continue paying in to this black hole is foolishness. Take the loss now and get on with your life. This is NOT a moral issue.

Where do you check in?

If the hardship longterm, rent for sure, however, I really believe that the responsible person keeps the home up, doesn't strip it and attempts a short sale or some other communication with the servicer.  If that doesn't work, then if the bank will accept a DIL and the keys are properly handed over, this might be the second best choice.  Obviously, if the area has an HOA then keeping up with those responsibilities (both the visual and the financial) is a must.

I think you could get some angry responses 2-3 years ago, but hardly now. It is so common now. As for renting vs buying, it is tricky.

Doubling in value may happen so fast. I watched vaue doubling within just a couple of years and even faster, so that it not really safe to say that it would not happen or that it would be taking a long time.

The other side is that though rentals may be a good idea in a slump market, even today n many places in the country it is nearly impossible to find a decent rental and that would mean higher rents.

This also can change in one-two years. Again, I remember people saying that they would be living in rent and why should they buy. And then developers started buying those apartment buildings and converting them to condos, and those retired renters, who hoped they would  be renting till they die, found themselves paying more than double in rent, as rent was scarce and more expensive.

Like
Mike Morrison
Will & Will Real Estate Brokers, The Woodlands, Texas - Houston, TX

When an agent ventures into a territory reserved for legal and financial professionals, he/she has left the realm of buy/sell transactions. The agent then must decide at peril, what is their business model; buy/sell facilitation or legal/financial adviser. We can't do both without obvious conflicts or Liability for our actions.

I know I am licensed as a buy/sell facilitator, not as a lawyer or accountant. 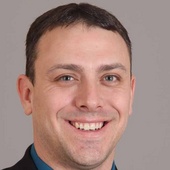 Providing cunning marketing insights and tips to real estate professionals, with a focus on the distressed property market and getting more consummated short sale transactions.