Be Scared! Be very very Scared!

On the theme of Halloween, I feel that it's a perfect time to talk about being scared in the real estate industry on a daily basis.  Scared of what?  Scared of going to jail of course!

I'm bringing this up because today, I may have lost a realtor partner, but I gained my freedom!

This conversation is becoming more and more prevalant and I'm only trying to EDUCATE those that don't realize that you can GO TO JAIL for things that you may have done in the past few years without blinking an eye. EXAMPLE # 1 - REALTOR, BUYER AND MORTGAGE REP CAN GO TO JAIL

I was asked from one of my realtors to qualify a buyer a few months ago.  Unfortunately he is in the process of losing his home and would not qualify for a new mortgage at this time.  Today I received a call from the same agent who apparently had continued to show him properties over the following weeks (un- benounced to me) and was ready to put an offer in and needed a prequal letter from me.  And I was told not to worry because his daughter was going to buy it in her name.

WHAT?  Hold the phone mable!

So I request the information from the daughter only to find out that she herself lost her home to foreclosure a few years ago.  Now, she WAS able to obtain a new mortgage under FHA financing because of the time period that passed from her foreclosure, however..........obtaining an FHA loan would mean an OWNER OCCUPIED mortgage and she currently lived and worked 40+ miles away from the home her father wanted to buy (Los Angeles traffic which could be a 2.5-3 hour commute each way).

Dear Mr. Realtor....regardless of the fact that I KNOW she is not going to occupy the residence, even if i WANTED to pretend i didn't know, (which I won't do)  there is NO WAY an underwriter would BELIEVE that she was going to move and turn her 10 minute commute to work to a possible 6 hour daily commute.  And by the way, this is considered MORTGAGE FRAUD and YOU could go to jail along with me.  Mr. Realtor said, no I can't, I would just say that she TOLD me she was going to live there, so i didn't know anything.   You are defrauding the bank. This is OCCUPANCY fraud.

THIS IS WHERE MOST REALTORS ARE WRONG.......did you know that the FBI is sending agents to doc signings to investigate fraud on the spot?  Yes, you heard me right.  Did you know that if you play dumb, not only would the judge say "It's your JOB to know!", the FBI would go through all your emails and files to prove that you did know?  And that you would be prosecuted for conspiracy of mortgage fraud?  Do you look good in orange?  I sure don't.!

If you don't believe that the FBI is investigating in your backyard, here are just a few more examples.

Paralegal sentenced to 3 years in prison for her part in mortgage fraud:  her part? Preparing loan documents and doing doc signings for files that turned out to be fraudelent.  Full story HERE

Mesa police officer and wife arrested on mortgage fraud for pretending to separate in order to obtain a loan modification on their home in order to purchase a bigger home together.  They were facing 3 years in prison. He was forced to resign and she accepted a plea and they are both on probation.  .. Full story HERE

And this.....have you seen America's most wanted .....how's this one look for your HEADSHOT?

Yes there are more sophisticated fraud schemes, but the next time you think that things just don't seem right, it's your job to LOOK deeper and find the red flags...becaue IT'S YOUR JOB TO KNOW.

So I say, LOSE a DEAL and SAVE your FREEDOM!

I will be keeping my realtors up to date with future arrests only to EDUCATE and PROTECT them with their careers, and both of our FREEDOM.

Just remember, no matter how bad you need the money.....it's not worth losing your freedom, your license, career, family, reputation and going to jail.  Think twice.....and save  your career hence your life!

Fraud never goes away.  No time period.  If you commit the crime they can catch you way down the road.

Let's all just follow the rules...thanks for sharing and let's hope you put some fright into some of those bad guys.....

Colleen - it's amazing how many people, both professionals in our business and affiliated businesses, don't seem to "think" this is a big deal...

It's amazing that people try to do these things in today's climate of computers and good investigation techniques.  How do they think they will possibly get away with this stuff? 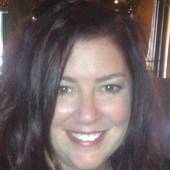