Many people are unaware of what the term “re-aging credit” refers to, and how it can affect them.  When utilized in a legal, proactive manner it can make late payments disappear like magic!  Staring from the basic concept of credit understand that any debt accrued by a debtor must be paid back to a creditor within a specified period of time. Re-aging credit refers to a readjustment of this period of time with the result of an alteration to the debtor's credit history. It should be noted that there is positive and negative re-aging, the former being legal and the latter illegal.

Negative re-aging must be explained before discussing the legal method. The Fair Credit Reporting Act (FCRA) states that a debt becomes delinquent when a payment is thirty days late. From the date of the first delinquency this information will remain on the debtor's credit history for a period of seven and a half years. After this period it must, by law, be deleted.

Once payments on a debt are overdue by one hundred and eighty days the creditor can begin the charge-off process. This has an extremely negative impact on a credit history, and can be reported to the credit reporting agencies either by the creditor or by any debt collection agencies they have employed.

This is the point at which illegal re-aging may occur. The FCRA states very clearly that a charge-off can only be reported in a credit history for a period of seven and a half years from the date of the first delinquency. This date cannot ever be changed. However, as debts are transferred to collection agencies, these organizations often attempt to report a more recent delinquency date, thereby extending the period in which the charge-off is included in a credit history.

Creditors and debt collection agencies do this in an attempt to extend the period of time which they have to attempt to reclaim the debt. However, this is not only illegal, but will negatively impact on the debtor's ability to get credit for a longer period in the future. Whenever a lender is making a decision on whether or not to extend credit to somebody they will check their credit history to determine the likelihood of the debt being repaid. If somebody has a bad credit history with many defaults on loans they are unlikely to receive credit from any lender.

It is in an attempt to make their credit history more acceptable that many people will allow their creditors to re-age their debt in the positive, legal manner. People can miss payments on their loans for a variety of reasons, many beyond their control. Each instance of delinquency will be reported on their credit history, which will make it increasingly harder to obtain credit in the future.

As has been previously stated, a creditor can begin a charge-off process after a period of one hundred and eighty days. This is basically a declaration that they do not expect the debt to ever be repaid, and is extremely damaging to a credit history. Before this occurs, however, the creditor may be prepared to re-age the debt.

Re-aging credit legally means effectively clearing any delinquencies from a debt once there is an agreement that payments will begin to be made on time again. If a creditor is in agreement they will begin to report the debt as being current rather than delinquent. Therefore any late payments will be removed from the credit report, and the debtor's credit history will appear to be much more positive again.  The only time this is going to happen though is at the debtor's request.  If you have an otherwise acceptable credit profile and for some reason you made a payment late it might be worth asking the creditor to consider re-aging the account.

For this to occur the creditor must be satisfied that payments will be made, therefore it is most applicable in situations where a debtor has been only temporarily short of money. The debtor will have to prove to the creditor that they have the means to make regular repayments to the loan, as well as being able to repay the instalments they have missed. The creditor will be under no obligation to re-age the debt, but they will usually be happy to do so if they are confident that the loan will be repaid.

The result will be certain negative aspects being removed from a credit report, however there is a drawback. One of the factors used to determine a credit score is the length of the credit history. Re-aging effectively reduces this length, which will make creditors less confident about lending. The compensation, however, is that there will be no delinquencies on the credit history.  This should be a bigger contributing factor in achieving a respectable credit score.  You might think twice about re-aging the affected account if it has a long history and your credit history is otherwise short.

Risk based pricing and tighter credit guidelines in general have made originators acutely aware of how important a few additional points can be on a credit score.  A careful analysis of the credit report should make it relatively apparent whether re-aging an account is likely to improve a borrower's score.  It could be the difference between approval and denial.

I went to a presentation about this approx a year ago but I must admit you explained it clearer in this post than the speaker did at the presentation.

Thank you for this information! Very helpful. What about a company that continually posts charge-off each month? Can you make them stop that? Can you even get them to un-do the excess charge off reports?

Better yet, live on less than you earn and don't miss mortgage payments.

Great post, however, it depends on the consumers circumstances relative to the date of their initial delinquency as to whether or not re-aging their credit should even be considered. Each state has their own laws regarding statute of limitations and that is an essential element in determining if re-aging is appropriate and prudent.

Good information, as an agent its good to have a mortgage broker like the one who posted to advise.

Or simply have clients that pay cash. Here in Vallarta we may finance 1 out of every 15 transactions at best.

I started a mortgage company in Puerto vallarta Mexico, We were one of the first to be approved by us lender to do the mexican dream mortgages. I expected to be inundated with requests for cash out, purchase money and refinance. Not so! So years ago we went ahead and started a real estate agency to offset and create a secondary source as well.

Even in a down economy folks are still paying cash for 2nd homes investment property and vacation property. It has been so refreshing to see an economy that is based on ownership. Yes it hurts my bottom line income wise, but how much better is it to know one will not see short or foreclosure sales tanking the market.

We do get some americans here and there that have been stung up north and need to fire sell or  try to get a mortgage.

Pride of ownership  VS  pride of possession...

Extremely informative -- learned some critical facts about the credit industry.

Daniel: thank you. I think it's imperative that everyone get a copy of their credit report and examine it. If anything is out of whack, it is well worth taking the time to try and clear it up. Thanks again!

Credit and credit reporting are big issues buyers face today.  I agree with Paul #34.  Everyone should get a FREE copy of their credit report.  ( annualcreditreport.com)  and check it for accuracy.  If you don't know there is a problem, you can't fix the problem.

This is one of the best and most informative articles I have read in a long time here.  This is completely new information to me.

I take it you are a new member and that is why it is a members only post.  Too bad I would love to reblog this. Per comment # 25.  Lenders have advised it is against the law for them to alter reporting like you suggested.  Maybe you could comment or post.

Like
Daniel Poulos
The Elite Lending Team at Milestone Mortgage - Jupiter, FL
Paving the Way to Home Ownership for 30 Years

Whether or how a lender reports is not a matter of law. That's just an excuse they use.

Thanks for the information, I had heard of re-aging, but only in the context of the illegal method.  I did not know there was a legal method.

Count me with the others who have never hear of re-aging credit.  The information you provide is complicated, but at least I kinda have a handle on it.  Bookmarking for further investigation.  Thanks for the post.

Thank you sooo much for educating me on this. This is a blog that I will definitely reblog. Bookmarking this one for future references. This is one of those blogs that you have to read more than once. Congratulations on the Gold Star.

Frankly it is amazing how long one can live in ignorance about something as important as this aspect of credit. Thanks for the heads up.

Good morning Daniel. That could be the best explanation of re-aging credit I have ever heard. Nice job.

Thanks Daniel, great post and lots of good info.  Like Randy I had never heard the term before.

Fascinating information.  I was not aware of much of this and it's certainly something I would be happy to share with clients.  Thanks.

Daniel, this is fascinating information and new to me.  I appreciate the detailed explanation and I suppose this matter figures prominently in the "cleaning up credit" process that is more important today than ever before.

When I was in property managemnent and pull credit reports there were many instances where I saw re-aging occuring.  Fortunately we knew what it was and could put it into perspective within the entire report.

However I did not know you could ask a creditor for re-aging.  Thanks Daniel for the education! 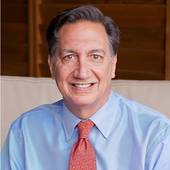