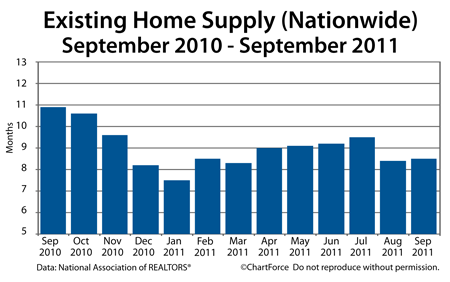 Despite fewer homes for sale nationwide, the number of home resales remains steady.

According to data from the National Association of REALTORS®, on a seasonally-adjusted, annualized basis, September’s Existing Home Sales eased by 150,000 units, falling to 4.91 million units nationwide.

An “existing home” is a home that’s been previously occupied and, despite last month’s drop, September’s sales volume remains the second-highest on record since April 2011.

This statistic is noteworthy for two reasons :

A contract failure is typically the result of homes not appraising for the purchase price; mortgage denials in the underwriting process; and, insurmountable home inspection issues.

Because sales volume is steady, we can infer that more buyers are “in the market” than the final sales tallies would have us believe. This notion is also evident in the Existing Home Supply data.

In September, the number of homes for sale fell by 69,000 nationwide. At the current pace of sales, it would take 8.5 months to “sell out” the complete national inventory. This is more than 2 months faster as compared to September 2010 — a major improvement for the housing market and a sign that home prices should rise soon.

Today’s Modesto market exemplifies Supply and Demand. Demand for homes is holding steady as home inventories fall. This creates pressure for home buyers to make offers, and multiple bidding situations become more common. Negotiation leverage shifts to the sellers and the result is that buyers pay higher prices for homes.

Freddie Mac reports that the 30-year fixed rate mortgage ticked lower this week, averaging 4.11% nationwide with 0.8 discount points. This means that mortgage payments are lower by $46 per $100,000 borrowed as compared to the high-point of the year.

You may pay more for a new home, in other words, but you’ll pay a lot less to finance it. 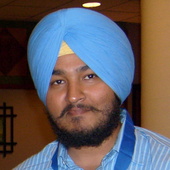