A fellow colleague of mine, Logan Mohtashami at Benzinga.com, had asked me what I thought the problem in housing was and what could be done to fix the housing problem and his query inspired this response:

The biggest problem in housing involves many issues in our economy.

First, banks are not lending and the reason for that is because borrowers are not able to qualify due to tight lending requirements and home equity deteriorating. Banks are also not lending because of the imposed Basel III reserve requirements and the Dodd-Frank Act as this article mentions about the Volcker Rule as part of FinReg:  Moody's sees Volcker rule as credit negative for big banks

Secondly, home prices have to level-off and start appreciating before you will see an easing of lending guidelines. The banks have staved off their foreclosure inventory and many homes are in the short sale or loan modification process that is why foreclosure inventory is down in some states. This should stabilize home values and home values should start appreciating and I have heard both Chase and Bank of America projecting home values to appreciate by the middle of next year. At least that is what they are saying and they have been wrong before so who really knows.

Thirdly, the government has to exit from the mortgage industry and I believe they are implementing their exit strategy by not imposing another QE3 and announcing Operation Twist which will raise the short term bond yields higher. Here is a good article on this topic: The Future of Non GSE Lending Is...

Fourthly, this is going to be a jobless recovery as there is low demand to hire new employees because consumers are not spending due to all the uncertainty in the economy stemming from the upcoming election, ObamaCare, Dodd-Frank, Basel III, the crisis in Europe, and Obama’s Job Bill. It’s a fine line that the Fed has to tread because as the velocity of money starts to increase, there is the fear of increasing inflation and interest rates.

The solution to fix the housing problem is unfortunately going to take time and I firmly believe that Bernanke has a good plan and I am almost positive that the contagion inEuropewas not fully factored into his equation.

And finally, uncertainty will have to be dispelled from people’s minds. Demand for goods and services will have to increase so companies can hire. Banks have to loosen their lending standards and start lending again and somehow get the velocity of money moving again.  One of my mottos for 2011 is that once you get money flowing again, life will be flowing again.

This is a very informative post and I am off to check out the links.  I think a lot of folks would like a better of understanding of what is happening and what is being done to make things better.

Lillian, Thanks for Sharing & Welcome to the Rain! Active Rain is a great place to share your knowledge, expertise and thoughts, as well as network and learn so much from the vast pool of talent already onboard. I look forward to reading your upcoming posts. If you would like to connect with me on ActiveRain, please subscribe to my blog!

Welcome Aboard & Much Success!

Welcome to Activerain and I hope you are learning a lot and if you ever need any assistance, don't hesitate to Check out my blog, email me, call me, I will be glad to help you in any way possible. Also, check out the main page of Activerain and look for the Activerain University tab, there are lots of educational webinars to help you build your business.

Welcome and glad you found Activerain and hope to get to know you better. If you ever need any help, don't hesitate to shoot us an email, we would love to help you.

Don't you just love Activerain! I think you will learn so much here, I know we have! Look forward to getting to know you better.

As someone else who is newer to the rain, here have been the two places I have spent most of my time learning from those before me. The first is Activerain University and the second is the Activerain Newbies group on Activerain. I think I learn more in those two spots on blogging and business building than I could anywhere else. The people here are sol willing to share their knowledge. 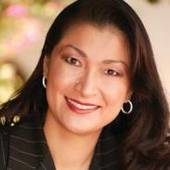