Want the good stuff?" Milky Ways, KitKats or Snickers bars on your hit list? Well, depending on where you live you may have a bit of traveling to do to get to the best neighborhood! According to Zillow.com's "Trick or Treat Index", eleven of the top 20 cities on this year's list are in the West, seven of 20 are in the Pacific region, and four of 20 are in California. Zillow took the index a bit further this year by highlighting the top five neighborhood areas for trick-or-treating within it's top five cities. San Francisco, Boston and Honolulu top this years list with Seattle and Chicago rounding out the top five. How did they arrive at this conclusion? Here goes.

The Zillow Trick-or-Treat Index is based on four equally weighted factors: the Company's Home Value Index for each city area, walk-ability data by walkscore.com, population density statistics, and local crime data from Relocation Essentials.com. The only Florida city to make the list was Miami checking in at number 15. Where to go in Sarasota? Well, based on the factors used by Zillow, I'd have to pick the "West of the Trail" neighborhoods north of Hillview (avoid Harbor Acres very low walk-ability scores), and the Laurel Park and Downtown residential neighborhoods. Of course this is only a personal, somewhat tongue-in-cheek recommendation, but you might want to plug your street address into a couple of the websites mentioned. They're fun and it's free-like the candy! 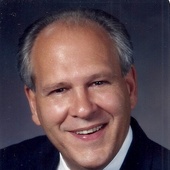 about 10 years ago
bookmark_borderbookmark
Is it Time for Your Parents to Move? 7 Tips to Det...
View more Recent Posts   arrow_forwards