More fall out from the Pesonal Financial Management debacle (see my other blog posts) has resulted in the local state representative proposing stiff penalties in a new law.

State Representative John Bear today announced that in response to the recent actions of a mortgage lender operating in Lancaster and Berks counties, he will be introducing legislation to amend the Mortgage Bankers and Brokers and Consumer Equity Protection Act.

"Since the mortgage broker scandal here in Lancaster County came to light, I have received calls from many consumers who want to be sure their interests are being protected," said Bear. "My legislation will help protect consumers' interests by requiring that a broker or banker receive written consent before credit can be extended in a consumer's name."

In addition to the written consent requirement, Bear's legislation would make operating as a mortgage banker or broker in Pennsylvania without a license from the state Department of Banking a third-degree felony. Bear's bill would also substantially increase the penalties for violating the law as follows:

Bear expects to formally introduce his legislation in the near future.

Huh?  "My legislation will help protect consumers' interests by requiring that a broker or banker receive written consent before credit can be extended in a consumer's name."   How can the consumer not give written consent?  I'm not familiar with the reason for the law, but this makes no sense.

I'm with Kate though, what's with the written consent part? 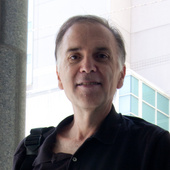