Thursday the Senate approved an amendment to a spending bill which would restore the $729,750 maximum loan limit on government backed mortgages for two more years. In addition to increasing the ceiling, which dropped to $625,500 on October 1, the Senate amendment would also restore through 2013 the formula for determining the upper loan limit in high-cost housing markets.

The Senate approved the loan limit amendment by a 60-38 vote. It now moves to the House. It remains to be seen whether the House will approve the higher loan limits. The National Association of Realtors lobbied heavily to preserve the higher limits but previously, bills that would have extended it, failed to reach the House or Senate floors before it expired. The White House wants to reduce the government's role in mortgage lending and was against allowing the higher limits to remain in place.

To appeal to those against the higher limits, the Senate amendment would impose a new loan fee of 15 basis points a year on unpaid principal balance for the life of the mortgage, which backers said would raise $300 million in revenue. A basis point is a hundredth of a percent, so a 15 basis point fee would amount to $750 on a loan with a $500,000 balance.

It has been estimated by Fannie Mae, Freddie Mac and FHA that the lower loan limits would have affected approximately 83,000 mortgages in the high cost areas. These three government agencies back 9 in 10 mortgages.

Wahoo that is great news they put the number back where it was.  That my friend will help us all.

That's good news. Hopefully this will bring a positive response from a lot of potential  buyers

Thanks for spreading the good news! Thank you for dropping in and getting the info.

Yes sir it is.

HI Tim - that would be good news if it passes, and perhaps inspire some buyers fo get off the fence.

It is very good new Sharon.  It opens up more property in our area.

It is very good news.

Tim - this is important for us living and doing business where the $729,750 was revised.   We'll keep thinking good thoughts on this one.

Thanks Michael I will do the same. 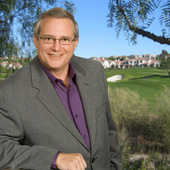