Today was the annual meeting of the Westchester-Putnam Association of Realtors (WPAR), and it was not your typical annual meeting. Elections were held for both the Association and the Empire Access MLS, and Yours Truly was confirmed for a 3rd term as MLS Vice President. Among my duties in the past few months was to be on the committee to discuss the proposed merger of the WPAR, Rockland County Board, and Orange County Association (OCAR) to form the Hudson Gateway Association of Realtors (HGAR). Today, by an overwhelming margin, our membership approved the merger.

There was a tiny burp of skepticism by a small few in the discussion phase prior to the vote, and the incendiary questions asked by those few did belie a rather stark lack of knowledge about the initiative. In a room of perhaps 1,000, I counted about 4 dissenting votes, however, and that was that. The consensus will be on the right side of history. Board mergers are a growing trend due to the economy and contracting membership, but the upside is far beyond mere cost measures.

The new, larger association will actually save money by having more bargaining power for services as we go forward, such as our next MLS provider contract, VOW and IDX services, and whatever other value added things we can procure for membership such as lockbox services and maybe insurance (I can hope).

The new, larger association will have a stronger voice in Albany and Washington, as state and US representatives in our midst will have more than a single county constituent trade organization voting bloc. Our NYSAR delegation will be larger and stronger as well.

The new larger association will eventually have a consolidated Multiple Listing Service, which will save overhead for those companies that conduct business on both ides of the river.

The new larger association will be good for consumers. Local Realtor associations are the voice of homeowners and their interests. We fight against onerous transfer taxes charged at closing. We are fighting to preserve the mortgage interest deduction. We fight to keep affordable housing mortgages available in the face of reactionary politicians who propose ever harder downpayment and underwriting requirements. Whether you wish to buy or want to sell, that is huge.

I truly believe that if both rank and file members and consumers really knew how hard the association works to preserve their interests, public perception of our industry would undergo a renaissance overnight.

Phillip:  Well done.  Congrats on your re-election.  Your post highlights the value of the work of our Realtor Associations.  So many agents don't have a clue what association officers do...

Congrats on your 3rd term as VP of the MLS!  It's a big job and obviously you're the right guy that fits the bill.

Best regards from The Q

I have often wondered why we have so many associations in PA. Local ownership is probably the most likely reason, but your post helps point out ways it would be in our best interest to make some changes.

This sounds like a win win all around.  And, congrats for your confirmation.  Strong leadership can make a huge difference.

Good morning J Philip. I guess congratulations are in order, although in my area these jobs are not really sought, they are taken by good people who are really committed to service. Anyway, I believe that one organization or MLS per state would be the way to go. Agents could opt in by joining one or many counties and would standardize forms and entry procedures. Logical but not likely. Vested interests in NJ. Oh well.

Phil....it sounds like it makes sense all around.  And congrats on your re-election too.

J. Phillip: Congratulations to you AND the home sellers and buyers in your area. I wish to see the same progress here in Oklahoma, but alas, I don't see it anytime soon. Mergers such as the one you speak of benefit many. 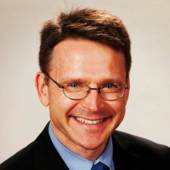