Rating a private school anywhere in Canada is a very controversial issue. One factor in selecting a new home to purchase is the proximity of schools in the area.  It is a fairly common agitation among parents when it comes to moving homes, “If we move in that neighborhood, will there any of the school perfect for my kid’s needs?”, "Will my teen adjust to a new school?" or anything around those words.

Like being said, having a list is a good way to start checking out private schools. There is an annual report released by FraserInstitute.org about schools from the top provinces of the country. The BC elementary school report card uses Grade 4 and 7 Foundation Skills Assessment results to rank the schools over-all ranking in the scale of 10. The secondary school report card uses not only provincial exam results, it includes other metrics such as grade-to-grade transition rates and graduation rates as well. Then they use to compute each school’s over-all system in the scale of 10. According to Fraser Institute, top private school in Vancouver as 2009-10 is York House, leading among 274 private schools in the city which was consistent for the past 5 years.

Should we rely on ratings given to schools?

If you are keen in send your kid to a private school, you can use the FraserInstitute ratings. Performance is a key metric if you are willing to invest in a school. But if you are a believer of the public education system, then ratings will not matter to you. Rating schools is highly criticized specially by advocates of public education. Public schools are not ranked since they are legally obliged to retain challenged or troubled students. Ratings released by Fraser Institute is just a guide for parents for schools who participated in the rankings.  Aboriginal, language-based, some faith-based and other schools for special needs have little data provided, since their schools officials do not wish to publicize their school’s performance. Therefore, comparing ratings also do not apply.  Still, the best ways to find which schools in Greater Vancouver would be the best option for your child is to actually  write a list and see the school for yourself. 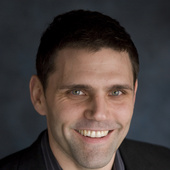