We had a great turnout for the Planning and Zoning meeting last night. I wish we saw even a fraction of this sort of turnout for everything that impacts the city. Unfortunately we just didn't have enough room for every one that wanted to be in the meeting so it was decided that we wouldn't take any action on the proposed rezoning last night but would see if we could make arrangements to hold a meeting at the school auditorium so everyone that's interested can hear and be heard.

I did want to take a moment to give the preface to the public hearing that I was going to give last night and will give again before we conduct the public hearing at the next meeting. Currently the property in question is zoned C-2 which means that the owner, without input or permission from anyone else, can build anything from a single family residence to an apartment building to a car lot and anything in between. So long as they apply for the proper building permits and follow the building codes the City cannot forbid them the right to build what they want ont he land they own anymore than any other landowner. Rezoning to R-2 would actually restrict what can be built on the land to only single family or two family residences. This is all that the Planning and Zoning Commission can hear or consider. This is not a meeting or a decision about the proposed project. We want everyone that wants to talk about the merits of rezoning or not rezoning the property to be heard but the comments should be limited to the merits of changing or not changing the zoning, not about the proposed project.The proper place to give opinion for or against the project is at whatever public meeting the MHDC holds concerning the issuance of the tax credits sought byt the developer to finance the project.

I personally think the City Council made a grave mistake and sent a very bad message to other developers that may be looking at Carl Junction when they rescinded their support for the proposed project but at the end of the day that is all the City can do to dissuade the developer from doing what he is proposing to do. There is nothing to stop the developer from going through with what they want to do as the land is currently zoned. 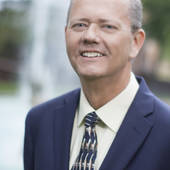