Yes, I believe also that Freddie Mac's economic outlook for October 2011 looks good for investors but I also believe that this is the best time for First Time Homebuyers to get it since they can get good deals out there which are so affordable instead of renting.

October 2011 Economic Outlook Rental Housing on an Upswing The rental market has been a bright spot in the housing sector this year. While home sales remain sluggish despite the most affordable purchase market in decades, households have turned to rental to meet their shelter needs. Over the year ending mid-2011, the Census Bureau reported a net of 800,000 new households formed in the U.S., a net reduction of 600,000 homeowners, and a net increase of 1.4 million households that moved into rental housing, or a 4 percent rise in the number of tenant households in just one year. While some of the tenure shift from owning to renting reflects financially stressed households (who may face short sales or foreclosure of homes they had owned), much of the rental demand is from young and newly formed households who have decided to postpone homeownership in favor of renting during unsettled economic times. Indeed, the decline in the homeownership rate has been sharpest for those household heads under 30 years of age: While the U.S. homeownership rate has fallen about 1.5 percent over the past year (from 66.9 percent to 65.9 percent during the second quarter of 2011), owner rates have fallen by 4.4 percent (to 21.9 percent) for those under 25 years of age and by 7.0 percent (to 34.7 percent) for those aged 25 to 29 years. The move of households toward rental, coupled with the limited new supply of units, has pushed apartment vacancy rates lower. The Census Bureau reported that rental vacancy rates in buildings with at least five dwellings had dipped to 10 percent during the second quarter, the lowest rate in more than five years. A Reis Inc. survey of professionally managed buildings in metropolitan markets found vacancy rates stood at 5.9 percent during the same quarter, the lowest since 2007 for that class of apartment buildings. Multifamily construction had fallen with the collapse in housing starts over the last few years. Indeed, completions of buildings with at least 20 apartments had shrunk in the second quarter of 2011 to the lowest level since early 1995. With rental demand up and new supply limited, apartment market conditions have tightened in most metropolitan markets. The National Multi Housing Council’s Market Tightness Index recorded an all- time peak in April of this year, a record for the 12-year history of the Index. Apartment rents, which had been flat to falling in many projects during the 2008-2009 recession, have begun to rise, albeit slowly. The Bureau of Labor Statistics’ CPI-rent metric (rent paid on a primary residence) was up 1.4 percent over the year through the second quarter, while Reis' survey reported a 2.4 percent gain for effective rents in professionally managed apartments over the same period – both were less than the overall increase in the CPI-less shelter metric of 4.4 percent over the same period. Still,the improvement in the economics of apartment management has prompted an increase in structure values, property sales, and new construction for larger buildings. The National Council of Real Estate Investment Fiduciaries’ U.S. apartment value index, after posting a huge 32 percent drop during 2008 and 2009, has bounced back 18 percent from the first quarter of 2010 through the second quarter of 2011, with anecdotal reports of stronger gains for higher-quality, professionally managed projects. Property sales are up, with Real Capital Analytics reporting that the second-quarter dollar-sales volume was the highest since 2007. And new construction starts of apartment buildings with at least 20 dwellings has picked up this year, and in the second quarter was the highest since the end of 2008. The building pick-up -- albeit still low -- is in contrast to the continuing depressed level of construction for single-family homes.

Multifamily lending appears to be rising as well with this year’s origination volume stronger than 2010’s. In part, the rise in originations is related to the low-level of mortgage rates, improving apartment-sector economics, and the return of traditional lenders that had curtailed activity during the recession. Ten-year constant-maturity Treasury yields averaged 1.98 percent in September, the lowest monthly average since the Federal Reserve’s series began in 1953; these yields are a common benchmark for multifamily mortgage rates, and suggest that mortgage rates fell to new lows for multifamily lending in recent weeks. Likewise, some traditional portfolio lenders have strongly re-entered the market: The American Council of Life Insurers stated in its mortgage commitments report there were 165 apartment loan commitments in the second quarter alone, the largest number of multifamily loan commitments by insurers in 39 years.

With rental demand rising and apartment economics improving, the multifamily sector is a positive signal for the U.S. housing industry. 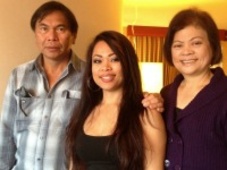