The Value of an Great Education: A look at what effect great schools in Manhattan Beach, Hermosa Beach and Redondo Beach, CA have on local Real Estate

What’s appealing to many homeowners or those looking to purchase in one of these communities is the fact that school-aged children can attend one of many—not just a singular—award winning public school. Compared across California, most South Bay students are near a school that ranks in the top 9 or 10 for the State. What’s also appealing is providing an excellent education for children without having to seriously budget for private school. The API was established in response to California’s Public Schools Accountability Act of 1999 and it measures the performance and growth of each school. Reports and data files are based on test results of the Standardized Testing and Reporting (STAR) Program, the California High School Exit Examination (CAHSEE), and the California Alternate Performance Assessment (CAPA).

Hermosa Beach Unified is the smallest of the three Beach Cities Districts and is home to Hermosa View, where all kindergarten through 2nd graders attend school, and Hermosa Valley School, which houses 3rd through 8th grade. 6th through 8th graders are separated from the lower grade levels however they all share one campus. Hermosa Unified does not have its own High School so students have a choice of attending either Mira Costa High in Manhattan Beach or Redondo Union High in South Redondo Beach. Both schools in Hermosa’s District scored in the high 930’s for 2010 and rank 10 of 10 as compared to Los Angeles Unified which ranked 4 of 10. Redondo Beach Unified is the largest of the three, reflecting the largest city population and student body population. There are 8 elementary schools, 2 middle schools and 1 High School, as well as a continuation program, independent study and adult school program within the District. 4 of the elementary schools scored in the mid-900s and the remaining 4 scored just under 900 for 2010. Jefferson elementary in North Redondo scored just one point higher than Beryl Elementary in South Redondo at 949 and 948, respectively, however Jefferson reported 444 students in the 2010 API report versus Beryl’s 234 students.  North Redondo students in grades 6-8 attend Adams Middle School (API= 859) and South Redondo students attend Parras Middle School (API=911). (Jefferson’s 6th grade program will cease in 2012). In 2008, Redondo Beach residents passed Bond Measure C which included financing for the elementary and middle school venues in areas such as performing arts and athletics, as well as updating the schools throughout the district with much needed new facilities, such as gymnasiums for the two middle schools, etc. Most of the work has been completed on the various campuses and a visit to the newly updated Redondo Union High School campus will how much parents, businesses and citizens are invested in providing an excellent education to their youth. Similarly, Manhattan Beach and Hermosa Beach are well known for their outstanding Education Foundations which are popularly supported by the community at large. The Manhattan Beach Education Foundation has played a key and central role in supporting the school district with fundraising efforts which in turn help improve the public school system locally. It supplements teachers and other staff members that the State of California’s educational system will not. At the tune of approximately $4 million annually, it’s safe to say that the MBEF has raised the bar with regards to the public school system as we know it, and is leading the way in proving that a resourceful community can and will invest in their youth if the State will not. All in all, the educational foundations of Manhattan Beach, Hermosa Beach and Redondo Beach have single handedly saved music and arts programs, as well as teacher’s jobs.

A common question and debate in Real Estate is whether good schools have a direct effect on local home prices.  Many thorough studies and reports have been recorded to support either side of the argument. A 2007 study published by Harvard University maintains that the difference in mean housing prices located on opposite sides of district boundaries can really only be related to differences in school exam scores only. Researchers saw a 5% increase in primary schools' test scores associated with a 2.1% increase in housing prices. What I see when taking my clients out shopping for a new home is that those with school aged children base a significant amount of their decision making on what school boundary the home is in. One of the first questions asked when I report in to my client that I found a great value in the market is, “What school boundary it is in?” Do local Real Estate agents place value on homes based on school zoning when determining listing prices? You will see many times over in property descriptions “located in the [x] school zone”; so yes, it would appear that school relates to home value. The parents of school age children actually place this “value” on location, not the agents. Some educators do a phenomenal job creating a school environment that does indeed seem more attractive than another one. Inevitably this will draw more families into that community, hence raising demand for housing which naturally leads to a reflection in sales prices. Agents will then, of course, advertise the school district or zone, to appeal to the homebuyer seeking that opportunity for that specific reason.

Residents in the beach cities have a difficult decision to make when it comes to purchasing a home. With so many award winning, highly rated schools to choose from, it’s not always a clear cut decision which home or neighborhood to purchase in. Let’s say you have three comparable homes: one in Manhattan Beach, one in Hermosa Beach and one in Redondo Beach. Each home is within the boundary for a school scoring in the mid-900s, is walking distance to all three levels of school, and each has that bit of an ocean view you have been seeking. With all that being equal, it now it comes down to all the other variables; such as condition of the home, neighboring homes, size of the street, ease of parking, location to conveniences such as everyday shopping, etc., etc.

You can easily compare and evaluate schools within your particular neighborhood by visiting www.ItzSold.com and selecting your area from the right side of the homepage. I've actually always wanted to learn to do long Great Education. I once read an article about it on the site of CashLoansNearby, and it was interesting to read. But it wasn’t in detail, so I am happy to read this post.

I've actually always wanted to learn to do long exposure photography. I once read an article about it on the site of CashLoansNearby, and it was interesting to read. But it wasn’t in detail, so I am happy to read this post. 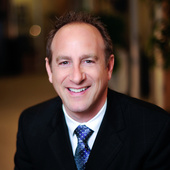