The Rancho Mirage City Council has given the Ritz-Carlton Hotel in Rancho Mirage another extension of time on their loan agreement. The council voted 5-0 last week to extend the $20 million loan agreement with the hotel's owners, Rancho California Investments, by one month. Rancho California insists that the city's loan agreement is needed in order to secure a $50 million construction loan that is needed to complete the work on the Ritz-Carlton.

The luxury resort on 39 acres overlooking the valley floor first opened as a Ritz-Carlton in 1989. It was then sold and called The Lodge at Rancho Mirage in 2001. GenCom bought The Lodge and closed it in 2006 with plans to renovate the hotel and convert it back to a Ritz-Carlton. The project was backed by Lehmann Brothers until they collapsed in September of 2008, which resulted in all construction on the hotel coming to a brunt stop. GenCom then brought in an Argentine group to form Rancho California Investments. The group has been working on securing the financing to compete the construction project. The proposed completion date has been pushed back several times at which time there is no definite date.

I look forward to the Ritz-Carlton opening back up. As you said, it will be great for jobs and revenue in Rancho Mirage.

We are excited that The Lodge at Rancho Mirage is re-opening in the next year or so!  This was the PREMIERE RESORT in the Coachella Valley!  We LOVED everthing about it -- the magnificent spa, the fine hotel and the fantastic views.  The swimming pool was phenomenal!~ 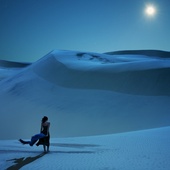