By: The Associated Press

The Canadians got an ovation from the crowd at the aquatics centre when they arrived for the race wearing the colourful masks. They ended up with the silver medal, behind the United States.

"It was just our way of giving back to the crowd because they've been so supportive of us the whole time," said Erin Miller, who hails from Edmonton. "We embraced the Mexican culture and just showed them that we love their country, that it's a great place."

The idea started after Montreal's Gabrielle Soucisse won one of the masks in a contest at one of the stands outside the aquatics centre. She wore it before one of her previous races, then decided to convince her teammates to do the same.

"The coaches dared me to put it on, they said I wasn't going to do it, but I did it last night in my race," Soucisse said. "So we decided today to do it all together because it was so cool. It got us so pumped."

The other three went on to buy their masks, and the Guadalajara fans loved it.

"I was surprised when they showed up with the masks," local resident Ethel Borrego said. "It was so nice of them to do something like that. We enjoyed it a lot. I'm glad they did well in the race."

Jennifer Beckberger of Ajax, Ont., said it was amazing to have the crowd's support.

"They cheered us, got behind us," she said. "Obviously they were all behind Mexico a lot more, but they still cheered for us, they were excited that we are here in their country. It was awesome."

Ashley McGregor of Pointe-Claire, Que., added: "The crowd has been crazy and that helped us win the silver medal tonight."

Beckberger, one of the oldest of the team at 25, initially had her doubts about coming out with the masks.

"I was a little hesitant because it was something new and I had just finished the 50 freestyle. I was still out of breath," she said. "I just didn't want something over my face, but the girls got me into it and it was exciting.

"Everyone wanted to take our pictures so I got more into it. It was awesome."

Nice!   Thanks for sharing this!

Congratulations Don, you are a proud father indeed. 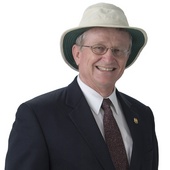