West Meadows Estates in West Salem offers some beautifully constructed custom homes mostly built within the Real Estate boom of the mid 2000's. The growth of West Salem was astounding after the new West Salem High School was established in 2002. West Meadows Estates encompasses the South side of the High School. Convenient to Glenn Creek Rd and Orchard Heights Rd, West Meadows Estates is a nice community with comfortable access to Center St. Bridge via Wallace Rd. Traffic congestion has increased incredibly over the last decade giving the city a desire to install another bridge over the Willamette River to alleviate the problems. Marion St. Bridge heading to West Salem from downtown and Center St. Bridge heading into downtown Salem are the most convenient bridges utilized by commuters in West Salem. At times, this one way approach can cause problems for commuters.

*MLS information is deemed reliable, but not guaranteed. 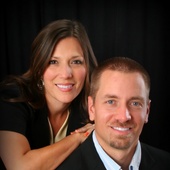 over 9 years ago
bookmark_borderbookmark
Should I consider a Short Sale or Foreclosure in O...
View more Recent Posts   arrow_forwards