Socializing on the web has become a way of life for many older children and teens.  40% of young people visit websites like Facebook or MySpace on a typical day, and those who do hang out for an average of almost one hour.

Sharing to much information on the web can have real-life ramifications, but parents can suggest that they think carefully before posting personal information about themselves and others. It can even be risky to publish certain facts about their families, such as when they will be out of town on vacation.       Some teens suffer as a result of harasssment by individuals or groups who could be mistreating them both at school and online; parents may want to watch for signs of cyberbullying, which has become more common.

76% of parents who have facebook profiles are linked to those of their children-and its a non-negotiable rule in 41% of households. Despite their monitoring efforts, 33% of parents said they still worry about what their children might be up to online. Not surprisingly, 30% of kids say they would choose to "unfreind" their parents if they could. 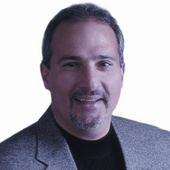