The now-upscale Uptown area was originally outside the city limits of Dallas, and was home to those not welcome in the city. The west side, near present-day Harry Hines Boulevard, once hosted a large Hispanic neighborhood known as Little Mexico. The east side, now anchored by Cityplace Center, was the site of the Freedmen's Town established by freed African-American slaves. Very little of this working-class history remains, with the Hispanic west being turned into high-rise buildings, and the African-American east being destroyed by the construction of Central Expressway and Woodall Rodgers Freeway. All that remains of Freedmen's Town is the Freedmen's Cemetery, which gained national recognition when Central Expressway reconstruction revealed over 1,100 graves beneath existing and proposed roadways.[2]

Don't Want to Call? Then Text!

Dont Want to Text? Then Come on By! 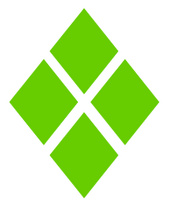