Why do you tailgate?   I attended the Mizzou vs Oklahoma State football game this past Saturday.  Even though I attended Kansas University, I had all the MU black and gold clothing on to support the team!  My idea of tailgating is to socialize with other team supporters before or after the BIG game.  My emphasis though, has always been on ATTENDING the game for which we are tailgating.  Evidently, others (my daughter included) don’t see the significance in actually going to the game.  They tailgate the entire time!  I have found out that many people do this.  They are at the stadium, with all of their team attire on, and all the fixings for a great tailgate, and they watch    (sometimes) the game on a TV!

My daughter and her roommates get soooo excited for the home games, but when I asked them if the team was having a winning season, what the MU quarterbacks name is, or if they knew one player on the team, they couldn’t answer.  Maybe if they actually attended a game they would know these answers!!!

Oh well, I am still going to be the girl that attends the games!!

Lol, that is so accurate. Of course when I was at Oklahoma State there wasn't that much tailgating until Thurman Thomas and Barry Sanders got there. But even then the stadium was fairly empty. Not like that nowadays!

JO: HEY GIRLFRIEND:  We live in Topeka which is 30 miles West of Kansas University and we too tailgated last Saturday for the KANSAS SHOWDOWN KU VS KSU (not much of a show believe me) The game started at 11:00 and we had to leave at 7:30 to tailgate.  I said, Look this is supposed to be "for fun" not feel like another work day.  BUT, it was the most fun this Ole' lady has had in a while.  It was unbelieveable the number of people eating, (drinking) coffee (I'm sure) at 8:00am.  It was fun seeing the Red/Blue (ok some Purple) mixed together sharing the LOVE of the game.  BUT, the reality check was:  Game was at KU (Red/Blue) by the end of the 3rd quarter the stadium looked like it was all Purple.

I have not had the chance to tailgate.  No team close enough for me to go to.  Lookslike a lot of fun. 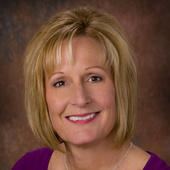