I Got to Be a Hero for a Hero!

I recently got a call from a local REALTOR, asking me to contact a family member in Sacramento who needed to refinance.

I called him and was delighted to discover he was veteran, just like me.  I met him at his home later that week.

This gentleman had served over 20 years in the Army, serving six tours in the Middle East, the last of which left him badly wounded.  I was humbled to hear his stories; my service was peace time.

The Major was already in process with another lender for his refinance.  The appraisal had been completed and his rate locked.  Looking at the quote, I advised him that I could possibly beat his loan terms but it really wasn’t worth him starting the refi process all over again, including the need for a new appraisal.  He thanked me for my honesty.

A week later, he called.  He had decided he wanted me to handle his loan anyway, even if he had to get a new appraisal and the interest rate was the same.  I was stunned and honored to have earned his trust.

I found a lender that, after some arm wrestling, agreed to accept the other lender’s appraisal.  Rates took a downturn and I locked the rate slightly lower than the other lender was offering.  Finally, after the masses of paper were sent to the Underwriter, the loan was fully approved and ready to fund.

Then the Funder called for the Verification of Employment, didn’t like what she heard, and handed the file back to the Underwriter.  When I called the Major to explain, he told me that he would pay me from his pocket for my work on his loan if it didn’t go through.  (“No, Sir,” I thought.  “You have done more than enough for me in your career!”)

The next couple of weeks were spent explaining and documenting how military employment works.  Thankfully, the lender signed off on the loan and we FINALLY recorded today!

The Major’s rate was cut nearly in half and his payment significantly reduced.  Best of all, he never has to hassle with refinancing his house again!

There has been a lot of discussion here in the Rain about whether we do what we do primarily to help people or to make money.  It was an honor to help someone who had served all of us.

What a great story!  While I do agree that what I do is a business, I most certainly don't do it all for the money.  Heck, some transactions I am probably paid minimum wage for the work I do.  I started working with my niche (low-medium income buyers) because I truly feel they are the ones who need the most help.

Great Post Ed! Thats how I operate too. So much better to be honest go over facts and figures and if it makes sense so be it and if not so be it as well. They dont all turn out like that but when it does it makes up for all the BS we go through on a normal basis and makes it ALL worth it.

And to answer your question - yeah we get paid and paid good for all we do but the real benefit in it is accomplishing peoples goals, improving their financial picture and giving them good sound and honest advice!

Ed, great story. You have to join my Twitter list #dogoodanyway it is for all those that want to post about doing good for our communities just for doing good

Donne--Sometimes the math on the transactions we do doesn't net very much but it is very rewarding to help the clients regardless.

David--Even in a tough market we still have to do the right thing for the client.

Kathy--How true!  It's important no to lose sight of the fact that we are dealing with real people with real lives, not just a business transaction.

Thanks to all for stopping by!

What a great story Ed!  You are such a good person, it will come back to you many times I'm sure!  Did I tell you my son is in the AF.  He just got promoted to Tech Sargent!  What branch were you?

Hi, DeeDee!  Thank you for your kind words.  USAF also!  Congratulations to your son!  Where is he stationed?

Doesn't feel good to know that you've help someone, it's a great feeling!  I think this gentleman will be referring his buddies to you.

You are right, Dee!  He is telling many folks about me.  But this was a rewarding transaction even without that!  Thanks for stopping by!

Good Morning Ed, a job "very well done"!  The Major had more trust and faith in you than his first lender and he was correct in his appraisal of you.

Thanks so much for your kind words, Dan Edward!  Hope things are going very well for you up there in my old stomping grounds! 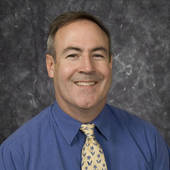