Home > Blogs > Jeff Tumbarello > Jeff Tumbarello's (jefftumbarello) Blog
bookmark_borderbookmark
I sometimes feel like I am wasting time with some of the newer members of our chosen profession, but I remember my newer days and take a deep breath and help them as I was helped, here is why
the concept for the frustration is known as.....

neko ni koban - literally "gold coins to a cat" is an idiomatic Japanese proverb with the same meaning as "casting pearls before swine" (豚に真珠, which is a translation of "pearls before swine," is commonly used as well.)

Perler for et svin Peerloer fur iet swine - Literally "Pearls for a swine", Danish and not so common expression. Basically means that you shouldn't do anything for people that they don't/might not appreciate.

The phrase pearls before swine itself has since become a common expression for putting things in front of people who don't appreciate their value, and there have been numerous uses of the title in popular culture; there is a Pearls Before Swine comic strip, a Pearls Before Swine psychedelic American folk band, and Pearls Before Swine is an alternate title for Kurt Vonnegut's novel God Bless You, Mr. Rosewater.

now that we have covered the obscure

While I've long understood the basis AND the frustration at its core, I also must recall my own swinish days on a personal basis and the core of THAT addiction while it lasted.

Knowing the difference by my defintion helps me continue to present my beliefs regardless of their relativity beyond my benefit/disadvantage.

Swine aren't necessarily ignorant, as they know their world well enough to survive to land at the butcher or predator's table. Pearls to swine haven't a shred of interest, as they won't hasten or delay the arrival at the unexpected but obvious-to-others "goal".

Now, since we ALL begin as swine, driven by instinct, swayed ONLY by education either forced or voluntarily accepted, whatever ratio of "left-behind" there are is a function of both systems of education on EACH individual's experience.

While all I might think I know is either valid or totally invalid, the differing outcomes are the effect of the WILLINGNESS on my part to present what I BELIEVE I know, then worry not at all if some or all don't subscribe to "my" way of making a path to wherever I believe "my" choice will take ME. It's the power of the INDIVIDUAL I protect most fervently, as that is the defining difference between the "goal" intended for us all and the better "goals" most desire, but few will sacrifice to achieve.

Pearls are cast, swine choose themselves in the "audience". CAST YOUR PEARLS on the basis of "knowledge hoarded is knowledge wasted", NOT for any other reason, and do NOT stop just because someone takes adversarial positions without due basis and valid PROOF of their pearl's validity. Where validity is found in adversarial positions which alter your outlook, YOU WIN THE PEARL by voluntary intake and future productive uses.

Other'n that, I have no knowledge of swine and their world, as I've done all possible to stay distant after gaining some distance through consumption of PEARLS thrown voluntarily in my path long ago (and recently as well).

Ben Franklin said something to the effect: "A Man who pours his treasure into his mind will NEVER be poor." He'd been a swine in his past, too, but broke the habit and did alright for himself thereafter.

I never discount opinions which are validated by facts presented (without "careful selection of fact") - it's where I gathered the useful PEARLS from in the majority, and it's how I divided the wheat from the chaff found littering life's path. All opinions have opportunity to be found incorrect in unknown futures, but SOME are wrong due to unseen change, others are simple errors from lack of due diligence - a common human trait of huge price, but absolutely NO value.
Like favorite_border
favorite_border 0
repeat 0
bookmark_borderbookmark

Thanks for you for taking the time to comment on this subject in the Active Rain network.  AR is the new "cyber backbone" of the industry, and with it's uplink to Localism.com it is transforming the real estate marketplace. Agents who don't see which way the cyberwind is blowing are going to find themselves at a considerable disadvantage inside of three to five years. 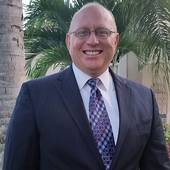