Interesting article with some links regarding what homes of the near (very near) future will look like. Here at FastCompany we often write about futurist predictions of life in 20, 30, even 100 years down the line. But the National Association of Home Builders is offering up a vision of how we'll live in just four years--and it's a little different than what you might expect.

The NAHB sent out a survey last year that asked members--designers, architects, manufacturers, and more-- what they think homes will look like in 2015. Some of the results aren't that surprising. The survey reveals that the average single-family home is likely to drop to 2,150 square feet from 2,400 square feet today, probably as a result of tough economic times and rising energy prices.

That drop in square footage will lead to the living room disappearing altogether, instead being swallowed up by the kitchen or family room to form a single "great room." Other features that may become increasingly uncommon include sunrooms, dining rooms, media rooms, mudrooms, and skylights. Laundry rooms and walk-in closets aren't going anywhere but on the whole, it looks like Americans will scale back. McMansions may give way to more sensible living arrangements.

A more important future trend is the use of resource-efficient features. NAHB members imagine that dual flush toilets, low-flow faucets, low-E windows, powerful insulation, and Energy Star home ratings will all grow in popularity. Solar systems may also become popular features, but wind and geothermal energy won't be widespread--unsurprising since there are already so many cash-saving ways for homeowners to install solar systems, but not for other renewable energy sources.

We have a few other "home of the future" predictions that aren't included in the survey: increased use of "smart" appliances, sexy thermostats, and if we're lucky, self-cleaning kitchen counters.

Groups:
Dedicated Bloggers
Diary of a Realtor
Realtors®
The Art Of Marketing You
The Lounge at Active Rain

That's a great article - thank you so much for sharing. I don't find any of it surprising but maybe that's because a lot of people are already headed that directlion here in Boulder County, Colorado. 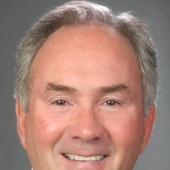