Yes, we've all seen Poltergeist, where the family home is built on an old Indian burial ground. Well, here are a

few stories of actual homeowners who made truly creepy discoveries after moving in to their new homes!

In Jefferson Wisconsin when Helen Weisensel bought her house, she didn't know it was built on top of an old cemetery -- and the bodies were still there. Yikes!

She actually owned the home for over 20 years and made the discovery when she hired a contractor to start a remodelling job on her home.

Operating a Bobcat, "He only got a scoop-and-a-half of dirt out, and when he dumped the second scoop, a human skull actually rolled out of the dirt," she said.

"This was probably the first burial site, or cemetery, in the Jefferson community, and at the time it was definitely on the outskirts of town," said Dierdre March, of the Wisconsin Historical Society's burial sites program.

Like many communities, as Jefferson grew, it was decided the cemetery should be relocated.

"The question is how much of the cemetery was actually moved," March said.

I guess it's not just in the movies!!! Next entry, just as creepy... How about a house infested with SNAKES!

This story comes to us from Rexburg, Idaho

Shortly after buying their dream home, Ben and Amber Sessions discovered it was infested with thousands of garter snakes. For three months, their growing family lived as if in a horror movie.

At night, the Sessions would lie awake and listen to slithering inside the walls. During the day, the family often had to eat out because their well water smelled like the musk released by the snakes as a warning to predators.

They slithered behind the walls at night and released foul-smelling musk into the drinking water. And they were so numerous that Ben Sessions once killed 42 in a single day.

More than a year after they abandoned the property, the home briefly went back on the market, and they fear it could someday attract another unsuspecting buyer.

They filed for bankruptcy, and the bank foreclosed on the house.

The Sessions left in December 2009, the day after their daughter was born and just three months after moving in.

“We’re not going to pay for a house full of snakes,” Sessions said.

And just to add one more unbelievable item to the story. Amber was watching a TV show one day about a family that had fled their house because of an infestation of snakes. The more she watched, the more it sounded familiar. Turns out, it was the previous owners of THEIR house! Yikes!

In an effort to warn others of this creepy property, the Sessions agreed to filming a segment aired on The Animal Planet earlier this year.

The next time you find yourself complaining that you found a broken window, or a faucet leaked in your new house, it certainly could be a whole lot worse, and a whole lot creepier! Happy Halloween!

Bill Swanson is an agent with CBSHome Real Estatewith over 25 years experience of helping buyers and sellers in the Omaha area. CBSHome is an affiliate of Berkshire Hathaway.

Ten of Bill's Posts about Real Estate or the Marketing of Real Estate:

•6.       But my Grandma's cousin's neighbor's hairdresser's Uncle Joe got HIS offer accepted!

•9.      Theory of Sustenance of a Positive Attitude Through the Assumption of a Negative Result. 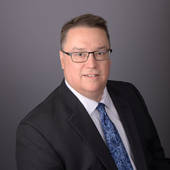