I received this from my Aunt today, from North Dakota....  I hope you can read it till the end!!!!

Winter is coming........ North Dakota Ghost Story - very creepy.  This happened last winter just outside of Douglas, a little town in the back country of North Dakota.  It sounds like an Alfred Hitchcock Tale.....

This out of state traveler was on the side of the road, hitchhiking on a real dark night in the middle of a snow storm.  Time passed slowly and no cars went by.   It was snowing so hard he could hardly see his hand in front of his face.

Suddenly he saw a car moving slowly, approaching and appearing ghost like in the snow.  It slowly and silently crept toward him and stopped.  Wanting a ride real bad the guy jumped in the car and closed the door;  only then did he realize that there was nobody behind the wheel, and no sound of an engine.

Again the car crept slowly forward and the guy was terrified, too scared to think of jumping out and running.  The guy saw that the car was approaching a sharp curve and, still to scared to jump out, he started to pray and began begging for his life; he was sure the ghost car would go off the road and into a nearby lake and he would drown!

BUT just before the curve, a shadowy figure appeared at the driver's window and a hand reached in and turned the sterring wheel, guiding the car safely around the bend.  Then, just as silently, the hand disappeared through the window and the hitchhiker was alone again!  Paralyzed with fear, the guy watched the hand reappear every time they reached a curve.

Finally the guy, scared to near death, had all he could take and jumped out of the car and ran and ran, into Garrison.  Wet and in shock, he went into a bar and voice quavering, ordered two shots of whiskey, then told everyone about his supernatural experience.

A silence enveloped and everybody got goose bumps when they realized the guy was telling the truth (and was not just drunk).

About half hour later two guys walked into the bar and one says to the other, "Look Ole, ders dat idiot that rode in our car when we wuz pushin it in the snow."

Thanks Aunt Marlene,  I enjoyed the story.  Hope you all did too!!

Hahaha I was getting very creeped out until the last part! Oh my this is good. Thanks for sharing!

He-he-he, that was a good story! Thanks for sharing on Halloween night!

Oh the tall tales that are told around bewitching Halloween :)

LOL that is too funny... I was wondering what the catch was going to be. Thanks for sharing and have a great day and a belated Happy Halloween!

Hi Joan, Where's the photo. I enjoyed the cute ghost story but you posted to the photoblogger group. I know. You took the photo and it just didn't develop to be seen by the naked eye. LOL.

Thank you for stopping by,  I am glad you were able to read until the end to see that it wasn't that creepy after all!  heheh.  glad you enjoyed.

Suzi,  I am glad you enjoyed it.  This Aunt and Uncle of Mine always have a good Ole story to tell.  I was not sure where this was headed either when I first read it.  Have a great day.

John,  Thanks for stopping by..  Oh yes so many tales are told on this very scary night!  lol

Gina,  I too was not sure what the catch would be,  I will have to admit I was surprised by the ending as well.  Belated Happy Halloween to you to.  Are you ready for Christmas yet?  JK  :)

William, The picture is of the driver only!!!! (not at the curve of course)  Can you not see that.  I really should have found some sort of cool picture, but I did not, sorry I blew that one. :)  Have a great day. 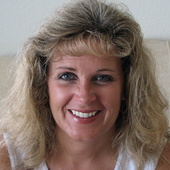 over 9 years ago
bookmark_borderbookmark
HAPPY THANKSGIVING TO ALL!!
View more Recent Posts   arrow_forwards