There's not a lot we can say about Steve Jobs that hasn't been said in the past few weeks. But I would like to share a few thoughts inspired by Jobs, specifically on the nature of our influence on the world.

Jobs connected people. He was uncompromising. By all accounts, he wasn't always a nice guy. Subordinates and journalists received more than a few angry tirades or chilly brush-offs from Jobs. But when it came to the type of "dent" he left in the universe, I think you would be hard pressed to say he didn't leave the world a better place.

We might feel like our own ability to influence the universe is limited. "I can't be a Steve Jobs," you might think. But you don't have to revolutionize personal computing and communication to make a mark. The collective actions of people leave dents in the universe all of the time.

Consider the unscrupulous mortgage originators who, under the direction of greed and irrational exuberance, pushed loans when they knew the people across the table weren't going to be able to pay their mortgage. Consider the legion of so called "robo-signers," who sold their integrity for a few bucks an hour and dashed off false signatures as bank officers on thousands of forged foreclosure documents.

Those acts left dents in the universe, too. Collectively, those little dents just about totaled the country! We're all dealing with the economic fall-out from people who decided that they didn't care what kind of dent they left as long as they were taken care of in the short term.

Steve Jobs died at 56, and we'll never know what he might have done with an extra thirty years. But today, let's ask ourselves whether or not we're leaving the right kind of dent in the universe. Carry it with you and take measure of the way you move through the world.

Finally, if you haven't watched it yet, here is Steve Jobs' famous commencement address at Stanford University. Don't miss these truly inspiring words: 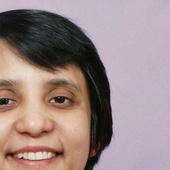