It sure looks that way. The Preserve has always been a great place to live no matter the market. Beautiful homes with great location, subdivision playground, pool, clubhouse, sidewalks, Detroit water and sewer. Now it looks like it also a good investment again.

Even though prices are on the rise, many houses are still selling for less than they sold for new in the mid to late nineties, and many of those houses have been updated since they were built. Updates like finishing the basement or updating kitchens. Of the 6 houses that sold in 2009 all had finished basements, none were bank owned, and only one short sale.

After 2005 prices were on a downward trend all over Lake Orion and The Preserves was no different. Prices steadily declined every year after 2005..... Until 2010. It appears that in many neighborhoods prices are starting to stabilize and the same is holding true in The Preserve. In fact, due to the lack of foreclosures in The Preserve, home prices may actually be arching the other way.

If you are considering buying in The Preserve you might want to get off the fence and contact your agent (preferably ME) and start a daily update for new listings. As agents we are able to check individual neighborhoods on a daily basis. Personally, I check ALL new listings and status changes for Lake Orion on a daily basis. Knowing my market is part of my job. 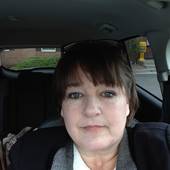