Yes we are still mourning the loss of the World Series that was firmly in our grasp with only one strike to go…but honestly I still can’t get myself to talk about it.  So let’s move on for now.  Today the Rangers announced the plans to renovate the centerfield portion of the ballpark that previously was the location of Vandergriff Plaza.  They have already torn all that apart and the ball is rolling. The renovation, which is scheduled to be completed by opening day next year, will include additions including a 6250 square foot Batters Eye Club.  This is an air conditioned area to sit and watch a Rangers game when it’s 106 degrees!  Also, there will be a 9152 square foot Rangers themed restaurant and sports bar on the first floor of the office building in left center field.

While the current Kids Zone was just demolished, a new one will be built indoors and air conditioned under the office building in straight away center field.  The area that is was previously the Kids Zone will be rebuilt and have new concessions and then video boards on the back side of the new Batters Eye Club so you can be in that area and still see what is going on with the game.  Due to some of these changes, there will actually be around 600 fewer seats in center field.  Actually, any bleacher seating remaining will be replaced with standard ballpark seats. The other big change will be to the visitor’s bullpen.  The bullpen used to run perpendicular to the field and will now be parallel to the field.

Personally, I am really excited about all the changed announced.  To so many of us, the Ballpark is still fairly new but think about it…it’s been around since 1994.  These are welcome changes that will really improve the whole Rangers experience.  Who can argue with all that new air conditioning?

I hope that the new plans work out and stay at budget.

Greg there is no such thing as too much AC in Texas :-) The ball park has always been a great venue and this will make it all the better.

Greg-Ball parks have really changed over the past few years. We used to go just for the game-now its a whole entertainment-amusement park experience in addition to the game. Not to mention sushi and champagne in case one doen't want beer and a brat. 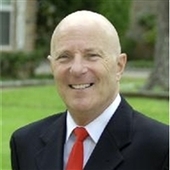