3 pennies sure sounds like a lot less than OVER 10% INCREASE.  But this the increase in postage for postcards coming this January.  $0.03 doesn't sound like much but any agent or real estate professional has to look at as more than a 10% increase in one of their marketing costs.  So what might happen?  Maybe people will send less postcards, then the post office will come back next year whining about the drop in postal use again.

They, like many government agencies don't understand economics. As you increase price, you lower demand, it's not a surprise.  But the post office like many government agencies have a spending problem not a revenue one.  Yes I know postal use is down, but their spending is not.  The 2nd whammy to their spending is the ball n chain on their ankle, that is the union.  Unions strangle companies to death or as close as they can get to it.  Look at GM, the post office, municipal unions, and so on.  Think about it, does it really take $50k a year to get someone to deliver mail?  In this economy?  I could line up 1000 people in Tampa Florida tomorrow that would do it for $30k all day long, and be very happy to have the job.

This one simple idea would save the post office 40% in labor.  But because of the union they now come to us the tax payer and wonder why their $8 billion deficit won't go away.  How is it FedEx can get stuff to everyones house and business faster than the post office and still make a OVER A BILLION DOLLARS in profit?  It's called free market competition.  When business have to compete they cut costs, save money and become very efficient.  If the post office has to compete...they wouldn't exist.

Good luck with this one. Due to rising stamp cost almost 50% since I started mailing. I now only mail every 3 months instead of monthly. Cost is too high. 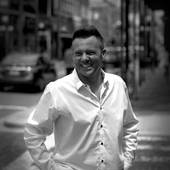