San Antonio is known for so many things – the Alamo, the Riverwalk, the Spurs – but do you know how many famous people were born, grew up, and/or currently reside in town? Take a look below; you're likely to be surprised by at least a few of the world-famous names you'll find! Our list focuses primarily on famous actors and musicians, with a few other big names thrown in:

Ready to bring your own brand of star power to San Antonio? Give me a call for all of your real estate needs here. I am Paula Christo, and I am committed to helping you find the perfect home in Bexar or Kendall Counties.Contact me today for the very best in personalized attention, whether you’re buying or selling a San Antonio home.

Hi Paula,  Texas is a great place to bring up celebrities.  Have a fabulous weekend.

Hi Paula,   That's a good list and I venture to say there are even more than that.  San Antonio and the Texas Hill Country are awesome. 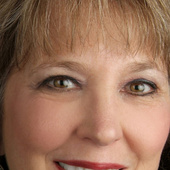