I don’t know if you’ve been watching what’s been going on with Google Places lately, but it sure is exciting to those of us using it as a marketing tool! Google has stated time and again that it is throwing the full weight of its company behind what is known as “hyper local marketing” – In other words, people using the web to pre-shop for deals, directions, comparisons, and reviews before they hop in their car to visit a local store.

I wanted to share with you some of the recent news and updates with Google Places that I hope will make you just as excited as I am!

The link above is an early example of what Google is doing with the collected data of Google Places. As you can see, Google is setting up complete “City Place Pages” that will make it easy for shoppers to visit, download deals, coupons, apps, leave reviews, communicate with other shoppers, learn about special events and more!

In other words, Google is hard at work creating a 1-stop-shopping experience using Google Places as the core. This type of page has already been activated in a dozen other cities and is growing each month! Keep an eye on your own area, as this tool has immense potential for those who are willing to jump on board early!

The above article was written about a new “virtual tour” feature Google is hard at work rolling out in the U.S. This new feature will allow you to not just visit the “street” of a particular business, but to also click a link and have a peek inside!

This may not seem like such a big deal at first glance, but it’s important to remember that shopping is just as much about rapport, emotion, and forming “impressions” as it is about pricing, value, and logic. People will choose one store over another for something as vague as “it feels right” or “I like them.”

This is just another chance for you to connect on a virtual level with people you might otherwise not have had a chance to meet. There are sure to be many ways to enhance the above features and turn them into powerful marketing vehicles for your business.

You can't be connected in tooo many places in cyberspace !

Wayne * I'm with you on the SEO to be found as many prospects moving from out of the area do not have a local contact or reference - just an address of their new job! 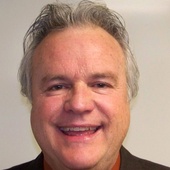