It looks to be another down year for the metro-east housing market.

The 1,533 homes sold so far this year in St. Clair County through Sept. 30 are well below the 1,794 sales recorded during that same span a year ago. The 163 homes sold in the county last month was the lowest monthly total since February.

In Madison County, the 211 homes sold last month were slightly higher than the 196 sales from September 2010. However, the 1,801 homes sold in the county through the end of last month are below the 1,973 transaction recorded in that time last year.

Year-over-year sales figures are more positive across the state. According to the Illinois Association of Realtors, 9,182 homes were sold statewide in September -- up 13.5 percent from the 8,088 home sales recorded in September 2010.

The cost of housing also continues to fall in Illinois. The state association reported that statewide median price --the market price where half the homes sold for more and half sold for less -- was $136,850 last month. That was down 5.6 percent from $145,000 in September 2010. 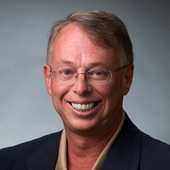