Wounded Warriors are participating in Equestrian programs to help overcome wounds inside and out. The Marines are members of the Marine Corps Wounded Warrior

regiment and are stationed in California. The Wounded Warrior Regiment was established in 2007 to provide non-medical care to wounded, ill or injured Marines to help them transition back to their units or move successfully into civilian life. The program recognizes that healing is more than treating physical wounds, and so members of the regiment must participate in activities- such as equine sports- that develop their minds, spirits and bodies. Soldiers typically work 20-40 hrs a week.  They help with feeding, watering, cleaning stalls and interacting with staff and volunteers.  The soldiers also have weekly equine-assisted therapy sessions where they work one-on-one with the horses and equine specialists. One of the Warriors in this program is  Sgt. 1st class Jacobs, an 18 yr veteran, he has undergone 32 surgeries from being hit by an RPG, shot in the arm and blown out of his vehicle by improvised devices. His lifetime of heroism has come at a heavy price. Besides his physical pain, he has had an unrelenting mental burden due to the deaths of men he commanded and the loss of friends including his best friend. This has resulted in severe flashbacks, survivors guilt and post-traumatic stress disorder. Leaving him struggling to cope while learning how to get on with his life. Jacobs says, "When I started in the program, I knew nothing about horses, but what I know now and what I tell others in our program, go out there and touch the horses..It's magic!"   Jacobs also says that the thing about horses for him is that they are calming, " It's just an amazing bond. It calms everyone, no matter what is going on."  Program organizers are looking to expand the program so that it can reach more soldiers. Staff members also want to bring aboard more licensed therapists to help the soldiers with PTSD as they work with the horses. Many of the soldiers have PTSD which comes with attachment disorders, which can make the soldiers a little fearful of people or close contact.  With the horses being such big animals, the soldiers don't feel like they can hurt them. There is a soothing comfort level from just touching the horses.

These Marines had entered the Corps looking to serve their country, looking for a future and looking for change. Each was changed by their experiences, but not in the ways that he or she expected. Staff Sgt Russel Evans has served 12 yrs in the Marine Corps. He did four tours in Iraq, including the initial invasion. He intended to make the Corps his career but combat and multiple injuries have resulted in two back surgeries, nightmares, insomnia, mood changes, divorce and a medical discharge. He says his road to recovery includes" finding something that is a passion, and riding is, another door that has opened to finding that passion." The wars in Iraq and Afghanistan have resulted in thousands of young men and women like Staff Sgt Evans that have sustained horrible life-changing injuries. Cpl Lindsey Mahnke, who suffered a traumatic brain injury in Afghanistan, says "being with the horses is the best therapy. If you take care of them, they take care of you."  Through the efforts of the Semper Fi Fund (this fund has distributed $50 million in grants to support programs for wounded warriors), the Wounded  Warrior Regiment and other organizations, Marines are being helped to transition back into their lives. Helping them face new challenges with the dignity, honor and courage that we have come to expect from America's Military men and women. Sgt Lee Randles, who now works for the Semper fi fund, lost a leg while he was a Marine reservist. He fully believes in the power of equine therapy, this is something he sees plenty of as he coordinates the riding program at Camp Penedleton.   For many the American Quarter horse is an integral part of that transition and in the famous words of a great cavalry officer, Winston Churchill, "There is something about the outside of a horse that is good for the inside of a man."  My hat is off to this warrior wellness program and it's Quarter Horses that are serving those who have served their country.

Adam, wow, thanks for this information in your post. I didn't know about this worthy program. I'm glad to hear this is helping those who served our country.

This is a great program that is very needed.  They are trying to set up more programs like this throughout the United States. 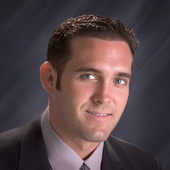 Why not have the best? We have over 16 years of successful short sale experience! Never a fee to our clients for our short sale services.