HOA Members, Does This Story Surprise You?

Joe Bonavire fought in both World War II and the Korean War.  Joe is 91 years old and a resident of the PebbleCreek community located in Goodyear, Arizona.  Like many Americans under financial stress these days, Joe allegedly fell behind on his HOA fees. Mr. Bonavire denies the claim that he is behind and has stated through the West Valley View, a local newspaper, that he paid more than $1,800 to clear the debt earlier this year.

Every year the HOA sponsors a veterans day parade.  Last week, the HOA association of PebbleCreek notified Joe that because he was delinquent on his HOA dues, he would not be allowed to participate in the Veterans Day parade.  Joe commented to the West Valley View, "People are outraged at the way that I have been treated".

On Monday, after a backlash from angry residents and citizens, the HOA reversed their position and extended an invitation to Mr. Bonivire to ride in the annual parade.  Joe has accepted the invitation and looks forward to proudly displaying his military honors.

If you have ever been a member of a Home Owners' Association, you will undoubtedly discover that they are anything but the representation of the homeowners. Typically they are filled with unpaid board members that seem to find it necessary to either inject their political influence or just flex, do to the power trip that they recieve from their position. This story is only an example of how HOA's can go to far. Fighting them can be as hard as fighting city hall.  If you don't like their position, you can complain to an under staffed state government division or lay down money for a civil law suit.  Both methods take a lot of time and in some cases a lot of money, even if you win.

Perhaps state governments should strictly limit an HOA's influence on common American ideals and practices. Perhaps they should never be in a position to disturb the peace of tradition. Perhaps they should be held accountable for even attempting to control anything to the extent that it makes you wonder whether you are in America. 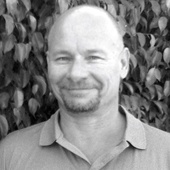