After a somewhat steady market this summer, home prices have begun to decrease yet again.  Home prices have fallen 1.1% from last month.  This is a GREAT time to buy, do not let the marktet scare you!

Plenty of homes are for sale, but the average sale price is falling again.

After holding up relatively well this summer, it looks like home prices have begun falling again.

Record low mortgage interest rates appeared to have put a floor under home values this summer. After falling steadily last winter, the CoreLogic index flattened out this summer. But the latest drop leaves home prices 4.1 percent lower than they were in September 2010.

The outlook for home prices remains clouded by the continuing wave of foreclosures that has left the market with many more sellers than buyers. Some banks have slowed the pace of foreclosures to avoid adding more unsold inventory to their books. As lenders slash prices of foreclosed properties, those “distressed” sales force prices of all homes lower.

"Home prices are adjusting to correct for the supply-demand imbalance, and we expect declines to continue through the winter,” said Mark Fleming, chief economist at CoreLogic. “Distressed sales remain a significant share of homes that do sell and are driving home prices overall."

With mortgage rates at record lows and home prices falling, houses are more affordable than they have been since the housing bubble burst some five years ago. But demand has been held back for several reasons, including the weak economy and high unemployment.

"The acceleration in the rate at which the CoreLogic house price index is falling reflects the slowing in the pace of job creation and wider economic growth earlier this year," said Paul Diggle, a housing economist with Capital Economics.

Though mortgages are cheap for those who qualify, banks are only lending to those with top credit scores. Some would-be buyers are waiting for signs that prices have bottomed. Demand has also been held back by the millions of American households that are “underwater” –- owing more on their loan than their house is worth.

“Against this backdrop, we don’t think house prices will post consistent gains for at least another two years,“ said Diggle.

There were 3.5 million homes on the market in September, or about 8.5 months’ worth of supply based on the current level of demand, according to the National Association of Realtors. Housing analysts generally figure that supply and demand are well balanced with about a six months’ supply of homes.

But with millions of foreclosures stalled in the courts or on hold by banks, there is a large “shadow” inventory that continues to weigh on prices. Diggle figures there are about 4 million homes in that pipeline.

Like all matters related to real estate, trends in home prices depend heavily on location. In September, prices fell in 82 of the top 100 metro areas, according to CorelLogic. 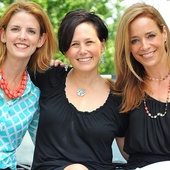