If you’ve been toying with the idea of getting into “sweeter digs” take a look at the price of home money:

The 30-year fixed-rate mortgage averaged 4.00 percent for the week ending Nov. 3, 2011, down from 4.10 percent a week earlier, according to Freddie Mac. This past week's average is the second lowest in history, after the record 3.94 percent set during the week ending Oct. 6, 2011. Also, the 15-year fixed-rate mortgage averaged 3.31 percent, down from 3.38 percent the previous week, and the 5-year Treasury-indexed hybrid adjustable-rate mortgage (ARM) averaged 2.96 percent this past week, down from 3.08 percent. Mortgage rates declined sharply as investors turned to U.S. Treasury bonds amid concerns about the European debt market.

The number of single family residential closings increased by 5.4% compared to October 2010.

Check back with me in December for the November results. 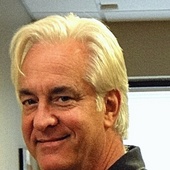