- Movember in Seattle: Changing the Face of Men's Health.

Well, it's that time again, and I have to admit, I cringed a little when my buddy Bryan invited me to participate in "Movember" this year. There's just something inherently creepy about rocking a 'stache, even if it is done ironically. For those of you who don't know, Movember is the month formerly known as November where people everywhere join together to raise awareness and funds for men's health issues. Men grow a Mo (a moustache) for the whole month to become a walking, talking billboard for men's health concerns, namely prostate cancer and other cancers that affect men.

I started looking more into the details of Movember. The more I read, the more I thought, "Yeah, I can get involved in this!" I've had family members who have been affected by cancer, and I know through their struggles that it's a vile and frightening disease. Between the chemotherapy, radiation, invasive surgeries, and physically altering changes, cancer can really impact ones will to keep fighting.

I don't want any other loved one of mine to ever struggle with the deteriorating effects of cancer again.
Let's find a cure, people. Let's win the fight.

Can you spare $5? I set a goal of raising $300 for cancer research, and I figure if I can get just 60 friends, relatives, coworkers, and even total strangers to chip in just $5, then BAM! We can do a tiny, little part to smack cancer right in the face. Hell, if we smack hard enough, we might even be able to smack the moustache right off that face.

And hey, by chipping in with a few bucks, you can say you participated in Movember without having to grow a moustache of your own. Sounds like a pretty great deal, if you ask me.

I got five on it!

Thanks Kerrie! Would that be a foot five?  :)

Like
Yvonne Van Camp REALTOR
To Buy and Sell Real Estate, see me at Southwest Missouri Realty - Springfield, MO
"Home"work, I have the Answers!

http://actvra.in/nKG  You were featured in my blog Welcoming the Newbies!!

Hey Yvonne, thanks for welcoming me in your recent blog! I took a look through your profile here with us on AR, and I have to say, I'm impressed! Look at all your blogs, and in only 4 1/2 months!

It's safe to assume you've got a GREAT presence online, and I can only imagine a substantial amount of continued success for you here on AR and in your other marketing efforts. Keep up the great work!

WTG for celebrating Movember, and wear that tash with pride! 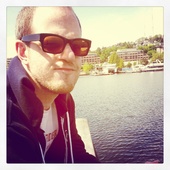 about 10 years ago
bookmark_border
Movember in Seattle: Changing the Face of Men's He ...
View more Recent Posts   arrow_forwards