A nationwide survey of U.S. homeowners has found that more than half of respondents (58 percent) rank declines in housing market value as the biggest risk to their home, significantly higher than a fire (15 percent), tornado (nine percent) or hurricane (eight percent). When asked whether owning a home today is the "American Dream" or "American Nightmare," 52 percent of the respondents viewed it as the "American Dream," while 48 percent viewed it as the "American Nightmare." Given their concern with housing prices, more than half of U.S. homeowners (56 percent) reported that they monitor home prices in their area, and those homeowners are twice as likely to monitor home prices (39 percent) as to monitor their cholesterol (19 percent).

The survey of 1005 U.S. homeowners was conducted Sept. 28–Oct. 3, 2011 by Koski Research, an independent market research firm commissioned by Home Value Insurance Company. The sample has a margin of error of 3.15 percent.

For the majority of respondents (62 percent), their home is their biggest investment. Reflecting their concern about the real estate market, 37 percent believed that buying a home today is generally a risky investment. Almost a fifth said they are “not sure” they would recommend homeownership to a young person today (18 percent).

Homeowners are not optimistic that home values will increase any time soon. The survey found that 67 percent believe home values have declined in their community in the past three years, and that home values will go down (19 percent) or won’t change (67 percent) in the next 12 months. Less than a fifth (14 percent) believe home values are likely to go up in the next year. Those who purchased their home four to seven years ago were most likely to report that their home is currently worth less than they paid for it (52 percent).

“The truth is, nobody knows where home prices are going, and the risk of substantial further drops is very real,” said Robert Shiller, Yale professor and housing market expert. “While there are some positive signs, there are ongoing factors that are likely to keep pressure on home prices. Government policy initiatives to support the market are offset by persistently high unemployment, foreclosures and difficulty in obtaining mortgage financing.”

Despite nearly universal agreement that it is a bad time to sell (85 percent) and a good time to buy (86 percent), almost one-quarter of U.S. homeowners (23 percent) are likely to sell their home in less than five years.

“Declines in home values across the country have caused homeowners to realize that owning a home is not a risk-free investment,” said Ryles. “The prolonged drop in values and ongoing market uncertainty has been a wake-up call for homeowners.” 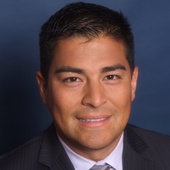