Home > Blogs > Jesse Gonzalez > What's happening?
bookmark_borderbookmark
I just finished a very good book by a very good writer Michael Lewis, he doesn’t do twitter or I’d hook you up with a link.  The book I’m speaking about is The Big Short.  I first got into Michael Lewis when I read his book Moneyball.  I’m a San Francisco Bay Area native and Moneyball was written about the Oakland A’s baseball organization, and more specifically the General Manager Billy Beane.  Moneyball wasn’t so much a book about baseball, but more about new ideas and a paradigm shift regarding the way baseball teams view and analyze individual players and their talent level.  It also focused on how Billy Beane and his team developed a strategy to find players that didn’t fit into the typical mold that other GM’s sought after, therefore he was able to find talent on the cheap.  I have a hard core love for the game of baseball and my dad brought me up as a San Francisco Giants fan so I was eager to learn more of the backroom dealings and analytical side of the game.  I’m a mortgage broker and numbers interest me so that was kind of a bonus too.  I say all of this to point out that Michael Lewis is cool and I like his writing style.  I picked up The Big Short because it’s focuses on our financial crisis and the mortgage industry’s influence on what we’re experiencing now.  The book speaks about investor’s who thought outside the box, and found a new way to profit on the mortgage boom by betting against it.  These very smart individuals were swimming against the current and looked like fools to the outsider, but they stuck with their convictions and were ultimately proven right, becoming very rich as a result.  The reason why I’m bringing this up is because there’s a lot of talk and a ton of regulation that’s come down on the small, individual broker out there because it’s easy to lay the blame on the independent that doesn’t have resources to defend himself against the media and our lawmakers.  I’m not implying that the small guy is blameless because that’s obviously not true, but as I read The Big Short it became very apparent to me that the banking industry was making money so fast, and they were making so much of it that an insatiable appetite developed and the demand far outpaced the supply.  Because of this demand a specific product, low to no qualification loans, became readily available to anybody who had the means to sell it.  There were some in the industry who were barking about the pitfalls of these no doc/liar loans but there was too much money to be made to be bothered with small details like qualification.  Here’s a question to my readers, if there are any, how much regulation is too much regulation?  Should all mortgage salespeople be held to the same standards regardless of whether they work for a big bank or a small individual broker shop?  More on this in a future post, but in the meantime let me know your opinion.
Jesse Gonzalez, Broker
DRE#01855372
NMLS#278103
@socobroker
Like favorite_border
favorite_border 0
Re-Blog
repeat 0
bookmark_borderbookmark 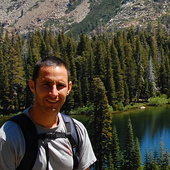 Musings on real estate, financing, and other things.