SLOW DOWN WHEN PASSING TAFT HIGH SCHOOL is some of the best advice I can give to drivers headed East along Ventura Blvd in Woodland Hills.  Passing over the crest of Chalk Hill it is easy for vehicles to rapidly accelerate as they head down the grade towards Winnetka Ave.

Safety of course is the first issue.  Almost any time of day numerous pedestrians cross  Ventura Blvd frequenting the many little shops and restaurants that line the corner.  Students are almost always present especially between 7-9 AM and 3-5 PM.  In addition, cars are slowing down to enter the large parking lot for the Ralphs Market.  Even staying within the speed limit it often becomes necessary to aggressively apply the brakes.

Another reason known to many of us familiar with the daily route is that it is frequently patroled by radar.  A motorcycle patrolman simply sits in the Taft High School parking lot and picks off the speeders as they come down the hill.  By the time the speeding driver sees them and begins to slow down it is too late.  They have already been clocked and will be issued a ticket.

Although this serves as a deterrent to those of us who leave Woodland Hills every day over Chalk Hill, it does little to limit speeding through this sensitive area overall.  Canoga Avenue south of Ventura Blvd used to be a race track.  A Traffic Patrol used to position himself on a side street about half way between Dumetz and Ventura Blvd in the morning and have a field day stopping those proccupied morning commuters heading to the Freeway unconscious of their speed.  Again, this served as a good deterrent to the locals who were aware of the possibility, but did little to slow down the overall traffic.  A speed indicator light was recently installed that lights up and flashes the drivers current speed upon approach when exceeding the speed limit.  This has been extremely successful in slowing the traffic down and has greatly reduced the amount of accidents on Canoga.  It was refreshing to determine that if aware, most folks tend to want to do the right thing.

I believe that a similar type of device would be an excellent idea in this area.  This point on Ventura Blvd offers an incredible view of the San Gabriel Mountains in the morning and Ventura Blvd is wide and open along here.  It is easy to become distracted and simply let the car accelerate.  Considering that it approaches a school, a safety reminder would be an excellent idea.

Another idea comes from the little resort community of Estes Park, Colorado.  At the eastern entrance to town coming out of Big Thompson Canyon sits a retired patrol car with a life size dummy dressed as an officer sitting at the wheel.  Even though I've passed it many times and was fully aware of the fact that it is not real, my first instinct, an almost automatic response, was to slow down.  Maybe Taft High School should put a life size statue of a motorcycle patrolman in the parking lot 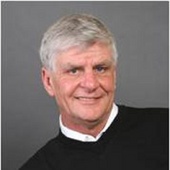