Ryan Roark recently completed a lease with a Fortune 500 insurance firm valued at over $550,000 in Ruston, LA. Historically, most office users in Ruston have located on the South side of the Interstate where the majority of commercial buildings are located. Several new Ruston office lease spaces have been built recently on the North side of town including Kentucky Plaza on E. Kentucky Avenue and Northpointe Office Park on Farmerville Highway. These buildings are filling up fast which would generally indicate strong demand and the possibility of similar developments in the future.

Ruston has experienced strong commercial real estate growth over the last several years and has outpaced the region as a whole. Restaurant and retail growth have exceeded office growth, but that could change at anytime. Louisiana Tech's Enterprise Center has been very successful as an incubation facility for new small businesses and they have more plans to come.  The university has planned a 20-25 acre research park and has already raised $25 Million toward its completion. Tech Pointe will be the first multi-tenant building on the new Enterprise Campus. Scheduled for completion later this year, Tech Pointe is a 3-story building that will encompass 42,000 square feet of space and will be the most recent addition to Ruston office lease space.

Several tracts of development land along Interstate 20 may end up containing an office component. While these tracks are primarily suited for retail, all of them will cater to a variety of uses and it is expected some additional office space will become available in the near future.

If you are looking for Ruston office lease space and have questions or your having difficulty finding what your looking for, contact Ryan Roark at 318-348-5815. 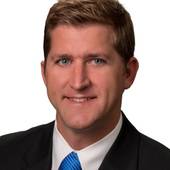