KIRKLAND, WA, November 3, 2011. Befitting October and Halloween, last month's housing activity had both tricks and treats. Northwest Multiple Listing Service members reported solid gains in pending sales (up almost 21 percent from a year ago), consistent demand in many price ranges, a shortage of homes in a few categories, and some resurgence of move-up buyers.

Despite those encouraging indicators, prices were down almost 11 percent area-wide compared to a year ago and brokers say there is persistent "hesitancy" in the market. "All the pieces (for a recovery) exist -- low interest rates, lots of choices, increasing loan availability as well as purchasing programs, yet as a whole the housing market has stalled in many places," said Northwest MLS director Frank Wilson. "What is holding back the housing market has little to do with houses," Wilson stated, pointing to uncertainty in the stock market and volatile global economies, along with a more complicated, prolonged transaction process and lack of job creation.

"We knew the median price would take a hit in October because the ‘temporary' loan limit for conventional financing dropped back down from $567,500 to $506,000 after being in place for two years," said OB Jacobi, president of Windermere Real Estate Co. As of October 1, buyers in need of a mortgage above $506,000 must now qualify for a jumbo loan which is more restrictive and comes at a higher cost than conventional financing, he explained. "With fewer financing options for buyers of higher priced homes in our metro area, it's only natural that this would cause downward pressure on October's median price," added Jacobi, a member of the Northwest MLS board of directors. In King County, nearly one-third of the available inventory is priced above the new, more restrictive dollar limit.

Any discussion about real estate has to be hyper-local, that is, specific to a geographic area and in some cases as specific as a neighborhood, Wilson suggested. "Just viewing the latest report reveals wide variation of inventory from county to county; Snohomish has 3.2 months of inventory while Okanogan has an 18 month supply of homes," he noted.

The housing market in Kitsap County is quietly gaining strength, said Wilson, the branch managing broker at John L. Scott's Poulsbo office. "Even though we are still seeing a settling of prices, there is good momentum in home sales, up almost 12 percent," he noted.  Northwest MLS data show inventory in that county is down to about 5.9 months of supply compared to 7.1 months at this time last year. (Five-to-six months of inventory is a neutral market, below five months favors sellers, and more than six months is considered to be a buyer's market, Wilson explained.) "As the supply continues to decrease, we expect shorter market time, with home prices stabilizing and even beginning to appreciate again," Wilson predicts.

Pending sales (mutually accepted offers) increased nearly 21 percent from a year ago, rising from 5,653 transactions to 6,817. In the past four months, the combination of shrinking inventory and more sales (both pending and closed) have led to a swift change in the supply of homes, remarked NWMLS director Darin Stenvers, the managing broker at John L. Scott's Bellingham office.

Demand is remaining consistent in many price ranges and move-up buyers are returning to the market because of a shortage of homes that are not distressed, Stenvers noted. This move-up segment can list and sell their homes, then buy a better home with essentially the same payments, he explained. "Buyers know interest rates will not be at these historically low levels forever so they may pass up a short sale/fixer bank owned home for a more conventional transaction," he remarked.

Buyers still have bargaining power, according to Stenvers.  He cited a recent transaction involving a home where the appraisal was $40,000 under the asking price because of disparities with the comps used. The buyers negotiated a price that split the difference, deciding that was preferable to "losing a beautiful home altogether."

Two key factors support a healthy real estate market -- jobs and low interest rates, said J. Lennox Scott, CEO and chairman of John L. Scott Real Estate. "Interest rates are at historic lows, and here in the Puget Sound we are fortunate to have a stable employment base," he observed.

Commenting on the selection of listings, Scott said 10 months of healthy sales activity have reduced the home inventory levels significantly in the greater Seattle area. "We have a shortage of homes for sale in the more affordable ranges throughout the region, and a healthy level of homes for sale in the mid-price range. Sellers with homes that are priced right are seeing multiple offers," according to Scott.

Prices for last month's closed sales of single family homes and condominiums (combined) fell 10.9 percent from a year ago, dropping from $255,932 to $228,000. While all but two counties in the Northwest MLS market area experienced declines, the drops were by single digits in 10 counties.

King County reported one of the sharpest year-over-year declines. The median price on last month's completed transactions in the county was $287,500, which compares to a year-ago figure of $350,000 (down about 17.9 percent). For single family homes (excluding condominiums), median prices slipped 14.7 percent, dropping from $375,000 a year ago to last month's figure of $320,000.

"Not every home has dropped 15 percent in value," Spencer insists. He attributes much of the decline to a combination of factors, including shifting demographics and the influence of distressed properties, which he said may be as high as 40 percent in some areas.  More investors and first-time buyers are purchasing in the more affordable price ranges, which results in a downward shift of median prices, Spencer explained. Also, he noted, distortions caused by REO (bank- or other lender-owned) and foreclosed properties contribute to price depressions. "When you adjust for these conditions and compare ‘standard resale homes' the change in home values is much less drastic," Spencer emphasizes.He believes a more accurate reflection of price declines for the Seattle area is around 6 percent, citing research by CoreLogic, Wells Fargo Securities and other analysts.

Not always apparent in the raw numbers are the hurdles faced by "real live buyers and sellers who are having a harder time than in the past," lamented Wilson. "Transactions are more complicated and have a higher chance to fail. Lenders who are involved with short sales and bank owned homes further complicate and lengthen the transaction process due to their policies and practices." Consequently, Wilson emphasized, buyers and sellers need to be explicit about what they want to accomplish. "They also need lots of patience and should choose their team wisely, making sure to select real estate professionals who can walk them through the process."

Comparing last year with this, Mike Grady, president and COO of Coldwell Banker Bain, noted inventory was plentiful and competition was relatively light last year. Now, he said the market "ingredients" appear to be changed: the number of buyers is increasing and there are fewer homes for sale. "While that's a typical recipe for stable or increasing prices and quicker decisions, today's market has some ‘less palatable ingredients,' such as foreclosed properties and shaky consumer confidence."

"Knowing whether these new inventory dynamics will be slow-baked or microwaved into the housing market is still anyone's guess," Grady suggested, adding, "It looks like more people are coming off their home buying diets only to find a reduced supply of homes for sale. That could create some welcome momentum in local markets heading into the new year."

Northwest Multiple Listing Service, owned by its member real estate firms, is the largest full-service MLS in the Northwest. Its membership includes more than 22,000 brokers. The organization, based in Kirkland, serves 21 counties in Washington state. 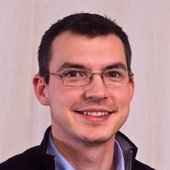