Well, today another discussion with clients who are watching and waiting for the economy to stabilize, as we attempt to decide when to make the market move!

Do I mean stabilize or actually bottom out regarding the commercial industrial model?  We desparetly need to start making product on this continent and absorb some of the vacant or near vacant manufacturing sector properties and create demand for the secondary and tertiary suppliers and jobs.

We see the financial markets attempting to attract stable dollars and overcome by the short sale syndrome which predominates trends.  But, in other words, trends which take three notable acts to take birth and are characterized by multiple random acts, creates chaos.  So, to make conclusions in this market is extremely difficult, not only in the present, but the future as well.  Characteristically, it has been customary to look into the near and immediate future as well as the distant and far future, today a mere weeks away.  No true visions of the far future have been clarified.

Questions arise as this paradyme is synthesized, nothing will be as it was.

Thoughts and opinions expressed here are the soul creation of the author and not representative of the mainstream,  thinking that is apparently clogging our current system from reconvery.  We will get through this as everyone learns to leave their ego at the door and make the right decissions!

Hopefully it will not go past 2015... yes, let's make some product here and use our heads on how we can best compete in the new global economy.

Trying to time a 'bottom' is risky business and few are successful/lucky.  Fundamentals.  Make your money when you buy, collect the income while you own, leverage when you sell.  Capture the scarce tenant without giving away future value.  How long it takes for the economy to truly recover and for the financial markets to allign with the underlying assets is of less concern than what is or isn't done to facilitate or impede the process.

Thanks for the feedback.

Liz; it would seem that with the offshore economic situations and the natural disasters of recent, we would figure out how to bring back some of the manufacturing that was lost over the last decade and likewise put some of our misplaced workforce back to work.  With energy and fuel costs offshore as well as domestically up the advantage of overseas production is not as profitable as the initial model that caused it to go offshore.

Dan, agree, although we seem to see and believe that already having good producing assets at this time, it is only prudent to purchase and acquire new current assets as the returns are commensurate with the risk and price, not just for the sake of acquiring and collecting.  A good return and purchase today based on tenancy and future stability is most likely a good or better return in the future. 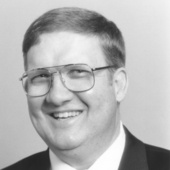