Tomorrow is Veteran's Day and to commemerate our heroes of war, the Encinitas Veterans of Foreign Wars and Amercan Legion members will be celebrating at the Veteran's Memorial Wall at Cottonwood Creek Park at 11am.  They will be honoring the Encinitas area veterans and their families, and there will be an open house at the Amercan Legion VFW Post immediately following t The Veteran's Memorial Wall opened in Cottonwood Creek in early December, 2010.  Veteran's had been asking for a place to contemplate and have ceremonies that would take them out of the cemetaries.  The wall was designed to look like a waving American flag with both ends of the wall left unfinished to represent the unfinished lives of those who have perished in the line of duty.

The water feature is a monolith that has a circulating water pump that sheds “tears.” The wall represents the masses with each stone a face of one who stands in harm’s way.

There is a plaque that reads, “Dedicated to all those who served in the Armed Forces of our country. May we never forget their unselfish devotion to the cause of freedom".

Cottonwood Creek Park is at Encinitas Boulevard and Vulcan Avenue.

Nov 11th is a day both our countries to take time to honour and remember those who have served all have given some and some have given their all ..... we will remember and we will honour

Hi Kym, now this is a great post. I love the history, I did not know about the wall designed to look like a waving flag or the water feature having a circulating water pump that sheds “tears.” Thanks for sharing.

Thank you Kym!  It is a really nice spot for veterans to meet and remember.  I guess they were tired of cemetaries and this is now a great spot for them!

Very nice writeup on the event.  Hopefully it had a good turnout.  I love the idea of the water feature that sheds "tears" as part of the memorial.  Very creative/ingenious.

Joni & Lisa - It was a lovely day, I actually ended up seeing the parade in Downtown, so I missed the ceremony after all.  But you can see it anytime you go to the park.  It is very inspirational.

There were so many Veterans Day ceremonies that it was hard to keep up with them all. I went downtown to the USS Midway. Always a great ceremony.

We wish you a Merry Christmas and a Happy New Year!! Joni and The Princess Mama (TPM)!
Like
chevron_left
Older Post
Back to Top
Newer Post
chevron_right
Rainer
59,324 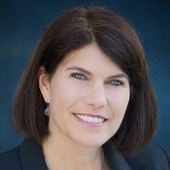 Kym was competent, experienced, and responsive at every step of the home buying process, from searching to closing. In addition, she is kind, caring, ... more