The City of Jackson TN Planning Department had an open meeting Tuesday night at 6 PM in the Fellowship Bible Church Sanctuary.  The meeting was concerning the fifteen to twenty year land use plan for the for the area located in the Northwest Annexation Area, that just recently annexed into the Jackson TN city limits.

It was stated that 98-99% of this northwest corridor of Jackson TN would remain residential Development.  The developers were proposing that a professional office park, a couple of small branch banks, and a small convenient store with restrictive architectural signage would be needed here in the future, and we need to start planning for them now.

The majority of the participants had concerns of commercial development like gas stations or general department stores being brought into the area, in which they were unfavored by the group as a whole.  It was assured by th

e develpers and the planning department that wasn't something anyone was looking into. The common future interests between the developers, residents, and the City of Jackson TN Planning Department, were the needs and improvements to the following:

A website or link of the Planned Use Developments and proposed Zoning Changes would be available****The City of Jackson TN will have this available in the next couple of weeks or within one week prior to the next Planning Department meeting.

All land owners within 500 feet of a zoning change would be notified of any zoning changes/proposed developments and encouraged to give their imput during the planning process.

The next meeting for the City of Jackson TN Planning Department is scheduled for December 6. 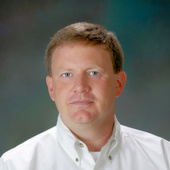