Recent home buyers are staying well within their means with notably higher incomes and modestly higher downpayments than buyers in the previous year due to the restrictive mortgage credit environment, despite historically favorable housing affordability conditions, according to a study released today at the 2011 Realtors®  Conference & Expo.

The 2011 National Association of Realtors® Profile of Home Buyers and Sellers is the latest in a long-running series of large national NAR surveys evaluating demographics, preferences, marketing and experiences of recent home buyers and sellers.

NAR 2011 President Ron Phipps, broker-president of Phipps Realty in Warwick, R.I., notes financing obstacles were more challenging for entry-level home buyers. “First-time home buyers fell to a 37 percent market share in the past year from a record high 50 percent in the 2010 study,” he said. “Although last year’s findings were boosted by the home buyer tax credit, long-term survey averages show that four out of 10 buyers are typically first-time buyers. This segment is critical to a housing recovery because they help existing home owners sell and make a trade.”

Seventy-eight percent of recent home buyers said their home is a good investment, and 45 percent believe it’s better than stocks. According to survey results, most buyers believe in the long-term value of home ownership.

Paul Bishop, NAR vice president of research, clarified the impact of unnecessarily restrictive mortgage credit. “The bar has been raised to qualify for a loan. Buying your first home has never been particularly easy, but with record-high housing affordability conditions and a pent-up demand, we normally would expect a stronger performance,” he said. “This underscores how important it is to open the credit spigot for creditworthy buyers – banks simply need to get back into the business of lending. Higher home sales would help create jobs through related economic activity.”

Although overall home prices have trended lower, other NAR survey data show the median price paid by owner-occupants is notably higher than paid by investors, who are under-represented in this study and largely use cash to purchase heavily discounted distressed homes.*

First-time buyers who financed their purchase used a variety of resources for the downpayment: 79 percent tapped into savings, 26 percent received a gift from a friend or relative, typically from their parents, and 7 percent received a loan from a relative or friend. Nine percent sold stocks or bonds and 8 percent tapped into a 401(k) fund. Ninety-four percent of entry-level buyers chose a fixed-rate mortgage.

Fifty-four percent of first-time buyers financed with a low-downpayment FHA mortgage, and 6 percent used the VA loan program which requires no downpayment.

Buyers searched a median of 12 weeks and visited 12 homes, both unchanged from 2010. Nine percent of recent buyers also own one or more investment properties, and 4 percent own at least one vacation home.

Seventy-seven percent of respondents purchased a detached single-family home, 9 percent a condo, 8 percent a townhouse or rowhouse, and 6 percent some other kind of housing. The typical home had three bedrooms and two bathrooms.

Fifty-one percent of all homes purchased were in a suburb or subdivision, 18 percent were in an urban area, 18 percent in a small town, 11 percent in a rural area and 3 percent in a resort or recreation area. The median distance from the previous residence was 12 miles, the same as in the 2010 study.

More than half of buyers considered purchasing a foreclosure but didn’t buy one for a variety of reasons: 29 percent couldn’t find the right house; 15 percent each reported poor condition and a difficult process.

Eighty-nine percent of respondents used real estate agents and brokers; this was the most common method to purchase a home. Other methods include directly from a builder, 7 percent; and directly from the previous owner, 4 percent. Sixty percent of buyers working with real estate professionals were represented by a buyer’s agent.

As demonstrated in previous studies, buyers use a wide variety of resources in searching for a home: 88 percent use the Internet, 87 percent use real estate agents, 55 percent yard signs, 45 percent attend open houses and 30 percent review print or newspaper ads. While buyers also use other resources, they generally start their search process online and then contact an agent.

When buyers were asked where they first learned about the home they purchased, 40 percent said the Internet; 35 percent from a real estate agent; 11 percent a yard sign or open house; 6 percent from a friend, neighbor or relative; 5 percent home builders; 2 percent a print or newspaper ad; 2 percent directly from the seller; and less than 1 percent from a home book or magazine.

Ninety-one percent of home buyers who used the Internet to search for a home purchased through a real estate agent, as did 70 percent of non-Internet users, who were more likely to purchase directly from a builder or from an owner they already knew in a private transaction.

Commuting costs continue to factor strongly in decisions regarding location, with 73 percent of buyers saying transportation costs were important.

The biggest reason people buy a home is the simple desire to own a home of their own, cited by 27 percent of respondents, including 60 percent of first-time buyers. The next biggest primary reasons for buying were desire for a larger home or a job-related move, each cited by 10 percent of respondents; a change in family situation or the affordability of homes, 8 percent each; and desire to be closer to family, friends or relatives, 7 percent.

The typical home seller was 53 years old and their income was $101,500. Sellers moved a median distance of 20 miles and their home was on the market for 9 weeks, up from 8 weeks in the 2010 profile. Forty-six percent moved to a larger home, 31 percent bought a comparably sized home and 23 percent downsized.

While sellers had been in their previous home for a median of nine years, up from eight years in the 2010 study, first-time buyers plan to stay for 10 years and repeat buyers plan to hold their property for 15 years.

The typical seller who purchased a home nine years ago realized a median equity gain of $26,000, a 16 percent increase, while sellers who were in their homes for 11 to 15 years saw a median gain of $57,900, or 39 percent. “Over time, the survey findings consistently show that the longer you own, the larger your return,” Bishop said.

Like sellers, buyers most commonly choose an agent based on a referral from a friend, neighbor or relative, with trustworthiness and reputation being the most important factors; 89 percent are likely to use the same agent again or recommend to others.

Of sellers working with real estate agents, the study found that 80 percent used full-service brokerage, in which agents provide a range of services that include managing most of the process of selling a home from listing to closing. Ten percent of sellers chose limited services, which may include discount brokerage, and 10 percent used minimal service, such as simply listing a property on a multiple listing service.

Realtors® provide all of these types of services, as do non-member agents and brokers, with comparable findings for each year since questions about brokerage services were added in 2006.

For-sale-by-owner transactions accounted for 10 percent of sales, above the record-low 9 percent in the 2010 study, but well below the record high of 20 percent set in 1987. The share of homes sold without professional representation has trended lower since last reaching a cyclical peak, which was 18 percent in 1997.

The most difficult tasks reported by unrepresented sellers are attracting potential buyers, getting the right price, and understanding and completing paperwork.

NAR mailed an eight-page questionnaire in July and August of 2011 to a national sample of 81,099 home buyers and sellers who purchased their homes between July 2010 and June 2011, according to county records. It generated 5,708 usable responses; the adjusted response rate was 7.3 percent. All information is characteristic of the 12-month period ending in June 2011 with the exception of income data, which are for 2010. Because of rounding and omissions for space, percentage distributions for some findings may not add up to 100 percent.

The National Association of Realtors® , “The Voice for Real Estate,” is America’s largest trade association, representing 1.1 million members involved in all aspects of the residential and commercial real estate industries.

Information about NAR is available at www.realtor.org. This and other news releases are posted in the News Media section. Statistical data, charts and surveys also may be found by clicking on Research. 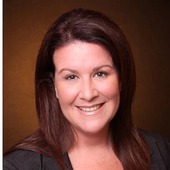 My Specialties Include: Working with companies around the area in relocation of their employees and new hires. _____ Assisting in Relocation of families & Individuals looking to move into the shreveport/ Bossier Area _____ Working with Buyers and Sellers in home sales _____ Managing rental properties _____ First time home buyers _____ Traditional Neighborhood Developments