Yup, and it only took a little over an hour.

I had to preview a bank owned property today.  It was what I euphemistically call ‘a Purell (R)‡ house’.  You know, the kind that you can’t wait to get back to your car to wash your hands with Purell (R)?  This kind of property has made me an expert and turning lights on and off with my elbows, by the way, so my wife will be pleased to learn that you can teach an old dog new tricks.  The house was in the Pinckney zip code, but really it was just a bit west of the lovely hamlet of Hell, Michigan.  Yes, there really is a Hell, Michigan

And jokes abound, of course.  In summer, if your city is warmer than it is there, you can honestly say it’s “hotter than Hell.”  In winter, if you record a lower temperature, it’ll be “colder than Hell.” Meteorologists’ from around the world actually call the general store to find out the temperature so they can work one of those little gems into their weather broadcast.   If you feel the need to check the weather in Hell, this link will do it for you.  You can then amaze your family, friends and acquaintances with little known weather knowledge.  You may even win a free drink at your favorite tavern with a properly phrased wager.

But it goes on.  Some taxpayers take their returns to the general store in Hell to have a hand cancellation that reads, “Hell, Michigan” before mailing to the IRS!  No lie. Rumor has it that ‘Dear John’ and ‘Dear Jill’ letters also get the hand cancellation treatment, but I’m betting that texting and emailing are cutting into that market.

Now, Hell is no novelty to me since I live fairly nearby and have visited it on many occasions.  Hell is not a novelty to me for other reasons, but I won’t digress.  The Dam Site in has dam good burgers and pizza, Screams Ice Cream Parlor serves great goodies and you can buy all sorts of Hell emblazoned merchandise at the store (with the Post Office inside. There are only three buildings in Hell and if it’s too hot for you, you can walk down to the creek and dip your feet to cool off a bit).

There’s a fairly new miniature golf course, and frequent events that can draw an amazing number of people. In September of this year, a new Guinness Book of World Records milestone was met when Hell hosted the longest ever parade of hearses, with 51 vehicles officially participating.

It has been a while since I’ve been to Hell and I was both pleased and surprised to see a new sign!  Yes, a piggy back on the Pure Michigan (Michigan’s Official Travel and Tourism site) campaign, with the sign at left.  Also, I’m not sure when Hell starting billing itself as ‘The Hysterical Town’, but today there were no signs of hysteria, mass or otherwise.  If I had been a little later I would have stopped for a Smitty’s Burger at the Dam Site Inn, but alas, this was an earlier in the morning expedition.

People get married in Hell (guess they want to get the worst part out of the way early), and you can actually be the Mayor of Hell for a Day!  If you’re planning a visit, the official road to Hell is Livingston County Road D 32, otherwise known as Patterson Lake Rd (at least east of Hell).  Drive to Pinckney, turn left at the park in the center of the Village (Howell Street), then go down to the first stop sign and make a right.  It’s just a short jaunt to Hell from there.

And if you want to settle in Hell, call me. According to some, I've been an expert for years.

‡=Purell is a Registered trade mark of Johnson & Johnson.

Join us this year as we try to break our own record Guinness World Record, Saturday, September 15, 2012. All the info can be found at www.hellfest.com

Sounds like a great photo op!  Thanks, Dr. Frybrain. I like that you're not sitting on your laurels and being proactive! 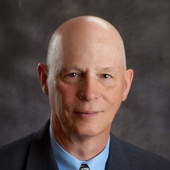