East Tennessee is one of the most beautiful places in North America, but buried in the depths of its splendor are some dark, haunting tales. With Halloween around the corner, let’s look past East Tennessee’s beauty and explore some of its most haunted spots.

The Ryman Auditorium, once known as the Union Gospel Tabernacle, was named for its constructer; Captain Thomas G. Ryman. Ryman is believed to haunt the auditorium, and makes his presence known when he disapproves of any performance. Ryman is not the only spirit believed to inhabit the venue, and is often joined by Hank Williams Sr. Staff members report seeing Ryman and Williams so often, that performers often look for them when preparing their sets. The Ryman Auditorium is still a popular music venue, which gained its fame from hosting the Grand Ole Opry radio show. One of the Ryman Auditorium’s legends stems from the Grand Ole Opry, known as the ‘Curse of the Grand Ole Opry’. The curse falls on those who performed at the Ryman Auditorium and Opry Land. The curse is rumored to be responsible for Patsy Cline’s plane crash, Jack Anglin’s car crash, and Stringbean Akeman’s murder. The curse is said to have taken 37 people’s lives, and remains to be one of the most popular legends of Nashville.

Most battle grounds have a haunting aura about them, but the Chickamauga Battlefield seems to have the most soldiers unwilling to rest in peace. The Civil War is considered the bloodiest war in US history, so this battlefield cite has a consistently creepy element. People’s homes became the commandeered posts for troops, including the Carter House. There are many deaths that occurred around the Carter House, including one of the young Carter boys; Tod. Ghost tours are taken around the Carter Home, and visitors often see apparitions of Tod. Another home commandeered by troops was the Carnton Mansion. Ghost tours have reported seeing ghostly soldiers in uniform.

The Rotherwood Mansion is home to a classic ghost story. The ghost that inhabits the Rotherwood Mansion was once a beautiful young woman named Rowena, who lost her love before they were to be married. Rowena went on to marry another man, who sadly passed away shortly after they wed. Rowena tried her luck at love again, and they had a daughter who died. Rowena committed suicide over all the heartache she endured while living in the mansion, and now a grieving lady is reported to be seen floating about the property.

One of the most popular haunting in Tennessee is the tale of the Bell Witch. The Bell Family endured the haunting from 1817-1821, and ended in the death of Farmer Bell. The witch was allegedly the Bell Family’s neighbor who had problems with the family over the purchase of slaves. The spirit of the Bell Family’s neighbor would torture the family and guests, by pulling the family from their beds and tormenting them by kicking or slapping. Farmer Bell fell violently ill, and was found dead, with a bottle of poison next to him. Funeral guests claimed to have heard a spirit laughing and screaming, and she is still rumored to inhabit the area.

East Tennessee is undoubtedly full of stories and history, so it is a great place to read about or visit to get in the Halloween spirit. Enter if you dare! 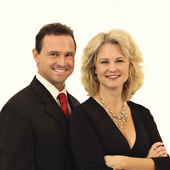